Maybe this is why they won’t let us look at the physical ballots?

Ballots were misprinted in an area more likely to have Republican voters. There are tiny changes in the calibration marks of printed ballots that would cause the machines to misread some votes. 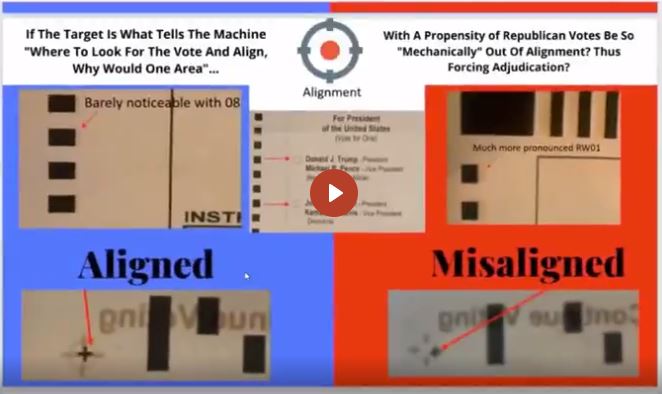 The ballots are not the same. In a predominantly Republican area the calibration marks are misaligned.

Does the misaligning of the calibration marks mean a shocking  93% of ballots in Fulton county required adjudication?

So 93% of votes in Fulton County were cast by the adjudicators, not the voters.

Where are those logs? 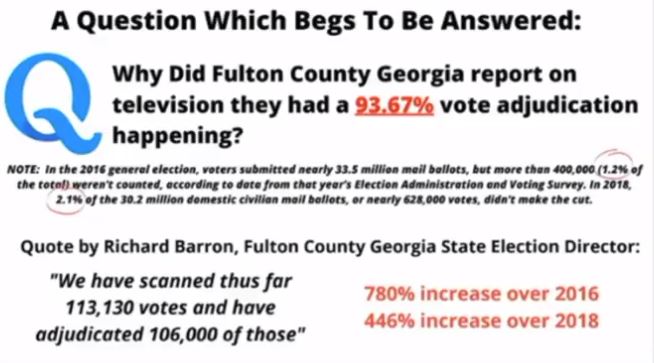 An incredible 93% of votes in Fulton County had to be adjudicated — manually entered by a person. The machines kept failing.

Watch Jovan Pulitzer discuss the need for paper ballots to be examined properly and just how much data they could get if they could see the actual ballots.