The future of the entire 350,000 km2 Great Barrier Reef hangs in the balance — as the coralapocalypse has wiped out 50% of the coral in just 25 years. Lordy! If only we’d built some off-shore wind farms on the reef to protect it! We could cover whole islands with solar panels? What are we thinking!

But as Peter Ridd points out, AIMS (The Australian Institute of Marine Science) surveys around 100 reefs every year — and for the last 35 years — and they find things are roughly the same. See the graph below. 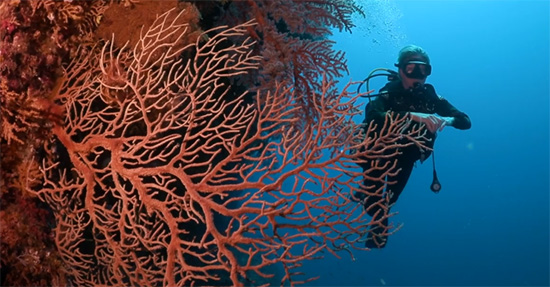 Somehow Terry Hughes — and the Centre of Excellence for Integrated Coral Reef Studies — gets up to $4 million each year to report on the reef but won’t release the data behind the mass media campaign.

The ABC — which gets nearly $3 million dollars every single day — can’t even pick up the phone to interview AIMS or Peter Ridd and ask one hard question of Terry Hughes’ “Excellent” centre. (We all know why they had to put the word “excellence” in the title, it was the only way the word would ever be used to describe an activist group pretending to be scientists.)

And we all know that if anyone at James Cook University (JCU) has any doubts about the quality of the output from the “Excellent” centre they won’t be saying a word or they’ll get sacked like Peter Ridd did.

JCU — still supporting junk science and ignoring that other case of potential fraud?

Has James Cook Uni starting investigating the possible scientific fraud by Oona Lonnsteadt, or are they too busy getting their High Court Case ready to defend their right to sack Peter Ridd for using satire in emails and being “un collegial”?

Who cares about the damn corals eh? JCU are more interested in being a Labor Party marketing machine and giving free advertising to Banker carbon schemes and the Renewables Industry. The Morrison Government could solve this in five minutes but continues to support junk universities by feeding them money without even the minimum requirement that they enshrine free speech in all their employment contacts.

Likewise the Bureau of Met neglect the temperature sites near the reef and generate fake warming by ignoring site changes. 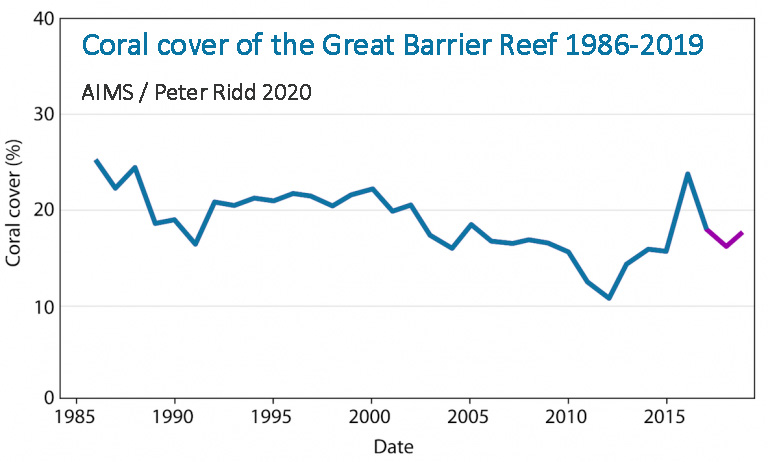 If Dietzel et al were really worried about the reef they wouldn’t be hiding the data.

From Peter Ridd at GWPF:

Moreover, Professor Hughes has refused to make public the raw data upon which he made this claim, despite repeated requests.

This latest work by Prof Hughes needs a thorough quality-audit to test its veracity”, says Ridd. “Prime-facie, there are excellent grounds to treat it with great scepticism.”

If only someone somewhere was concerned about coral, they wouldn’t let the reef be abused and misused as a marketing tool. (Thankfully Jennifer Marohasy and Peter Ridd shoot video’s on the health of the reef).

Pray for the Tourism Industry of Queensland. 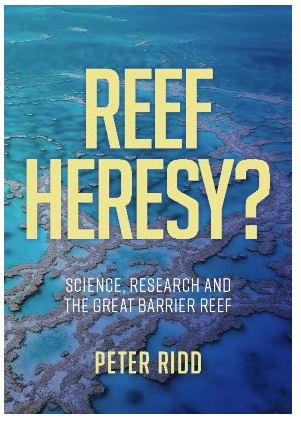 Peter Ridd has lived by the Great Barrier Reef for most of his life. He knows it and he loves it. Nothing is so important than its protection and preservation. For more than three decades the Reef and the marine region of which it is a key part have been central to his scientific research.

In this book Ridd provides a comprehensive, evidence-based account of the state of the Reef for Australians interested in this priceless national treasure, and the science they need to understand its condition properly.

The conclusion of this measured, evidence-based study is that it is essential that the health and vitality of the Reef and its environs should be jealously protected. Equally,  there is little in its present condition, analysed in the perspective of more than half-a-century, to warrant the alarm and even hysteria which too often mark any discussion or debate about the Reef and the policies promoted by governments purportedly to safeguard its well-being.

A key to ensuring the future of the Reef is ensuring the quality of the science upon which governments base policies and legislation for its protection. He advocates rigorous, independent quality assurance of major research, especially that which forms the foundation of public policy.

Peter Ridd, a marine geophysicist, is the author or joint author of more than 100 scientific papers and co-inventor of a range of instruments used on reefs around the world.

For people interested in Ocean Acidification see this section 5.5 from page 522 of the comprehensive Climate Change Reconsidered Report by Heartland.
9.7 out of 10 based on 63 ratings