This will make some heads spin. 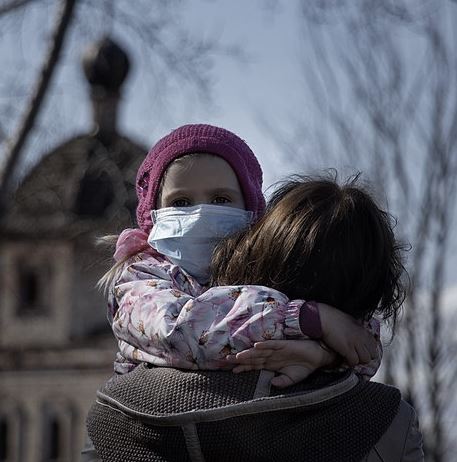 Not only do masks reduce the odds of getting infected, but if people do get infected while wearing a mask — the severity of Covid is so much milder. With masks on, the odds of getting an asymptomatic infection improve. Masks don’t stop all viral particles but they stop the large droplet clusters, and thus reduce the viral load. If asymptomatic people get some protection (and we still don’t know for sure) it could solve so much.

Consider the two cruise ships where the asymptomatic rate varied from 18 to 81%:

One used masks and one didn’t:

In February, one of the first outbreaks of COVID-19 outside of China occurred on the Diamond Princess cruise ship docked in Yokohama, Japan. Of the 634 people on board who tested positive, about 18 percent of infections were asymptomatic. In March, an Argentinian cruise ship found itself in a similar predicament, but of the 128 people on board who eventually tested positive, 81 percent were asymptomatic—   Ghandi et al.

Nations that use masks have lower death rates:

In food plants up to 95% got an asymptomatic infection:

In two recent outbreaks in U.S. food-processing plants, where all workers were issued masks each day and were required to wear them, the proportion of asymptomatic infections among the more than 500 people who became infected was 95%, with only 5% in each outbreak experiencing mild-to-moderate symptoms.3 The initial dose of virus appears to be likely to be a key driver of severity. Those who get a small dose to start with, get extra hours to get their immune system activated. Those who breathe in a large dose, perhaps don’t have time to react before they are overwhelmed.

The idea of viral load being important has been around for a long time. Before vaccines, people would sometimes try to protect themselves from smallpox by inoculating themselves with tiny doses of the real deal. It was called Variolation, and must have been a dangerous game to play. (And we think we are hard done by).

There is at least a new study on Covid  (Pujadas et al ) which shows that viral load at diagnosis is an independent predictor of mortality. Though this doesn’t tell us necessarily about viral loads at the time of infection.

Mask wearing explains some of the paradoxes of Covid-19. All around the world, there are big variations of both the death rates and the estimates of how many people are asymptomatic.  Case Fatality rates range from 2% to 14%, and countries which wear masks or mandated masks tend to have a lower death rate. There are hints that the first wave iun some places was much more deadly than the second, but little evidence that this was due to mutations. Could it be due to mask wearing (as well as Vitamin D in summer, and a younger demographic)?

There are not many studies in humans, because of ethical questions but there are animal studies:

A study published in May by scientists at Public Health England’s National Infection Service at Porton Down, Salisbury, gave ferrets varying doses of Sars-Cov-2 and found a clear difference in outcomes.

Animals given high and medium doses contracted the virus and suffered many of the same ailments as humans. But a low dose “appeared to result in infection of only one ferret”. It also escaped the worst effects of the disease, with no scarring of its lungs or fatigue reported. — Paul Nuki, The Telegraph.

And we know it matters for the Flu:

A major 2010 study of influenza A concluded that there was a clear relationship between the infectious dose of that virus and patient outcomes. ….  one retrospective study of the 1918 Spanish Flu finds the much higher fatalities seen in its second and third waves can be explained entirely by people being exposed to a larger infectious dose rather than a mutation in the virus, as has previously been assumed.

In 2015, researchers tested this concept in human volunteers using a nonlethal flu virus and found the same result. The higher the flu virus dose given to the volunteers, the sicker they became.

Masks are so cheap compared to all the other options. It seems crazy not to use them while we wait to get past the Medical Swamp and get cheaper treatments approved. The more masks we use, the less excuse there is for all the other pandemic control measures.

Other posts on masks: