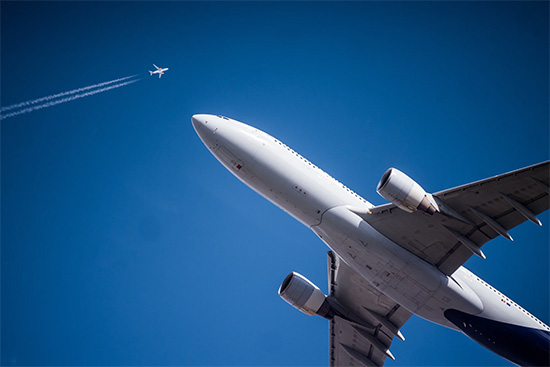 The non-binding unenforceable Paris agreement was always a theatre show on the international stage, where most countries promise to do nothing, and the rest make promises they don’t keep. But it’s an excuse for the domestic Deep State to do whatever they want.

The zero carbon goal by 2050 was also a Grand Theater Promise. But here the two symbolic acts of nothingness met like anti-matter and threaten to blow up an economy.

Controversial plans for a third runway at Heathrow Airport have been thrown into doubt after a court ruling.

The government’s decision to allow the expansion was unlawful because it did not take climate commitments into account, the Court of Appeal said.  Heathrow said it would challenge the decision, but the government said it would not appeal.

The judges said that in future, a third runway could go ahead, as long as it fits with the UK’s climate policy.

Since when were Judges appointed to decide if an elected government stuck to its policies? Isn’t that what the voters are supposed to do?

British ambitions of becoming a global economic power after Brexit suffered a major blow yesterday after a court ruling suggested future airports, motorway and energy projects could all be blocked to prevent global warming.

The Court of Appeal ruled that the £14 billion expansion of Heathrow airport was illegal – because the Government failed to take into account its legal duty to curb climate change.

But critics said the move would hand a huge economic advantage to the UK’s competitors.

Boris didn’t want it anyway, his constituency is near it and hates it. But the legal precedent is a bomb.

The Court of Appeal ruled that this case was one of ‘exceptional public interest’.

It noted that ‘the issue of climate change is a matter of profound national and international importance of great concern to the public – and, indeed, to the Government of the United Kingdom and many other national governments, as is demonstrated by their commitment to the Paris Agreement’.

Some commitment — Most nations are failing to meet their own voluntary Paris Agreement Goals.

Must be grounds for appeal — judge didn’t do his homework. The public are bored to death of climate change which is why 98% of them don’t offset their flights with even $2 worth of carbon credits. And most nations are barely even committed enough to update their agreement.

Photo by Samuel’s Photos on Unsplash