More lies by omission from the Bureau of Misinformation

When a PM gets it totally wrong, where is the BOM…

“What this royal commission is looking at are the practical things that must be done to keep Australians safer and safe in longer, hotter, drier summers.” — Scott Morrison. — ABC

The BoM, like Prof Andy Pitman of UNSW, and all other climate scientists know that “climate change” will make the world a hotter wetter place. Who are the evaporation deniers among us? Yet, apart from one momentary candid admission from Professor Andy Pitman, which of our paid public servants will correct the PM when he says things that are flagrantly, 100% wrong? Will a Royal Commission really be forced to accept a complete myth?

Apparently, we should burn fossil fuels to stop fires. You know it makes sense… 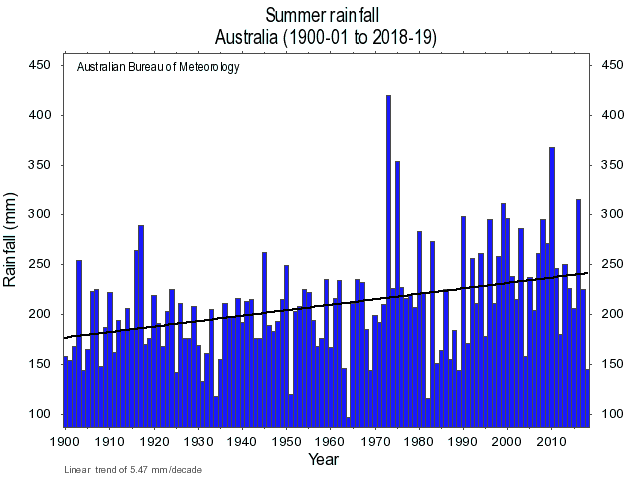 But wait,  what about Southern Australia?

To cover every last caveat, it’s possible that “climate change” could change where rain falls, or when rain falls — so lets look at the BoM’s own rainfall records. 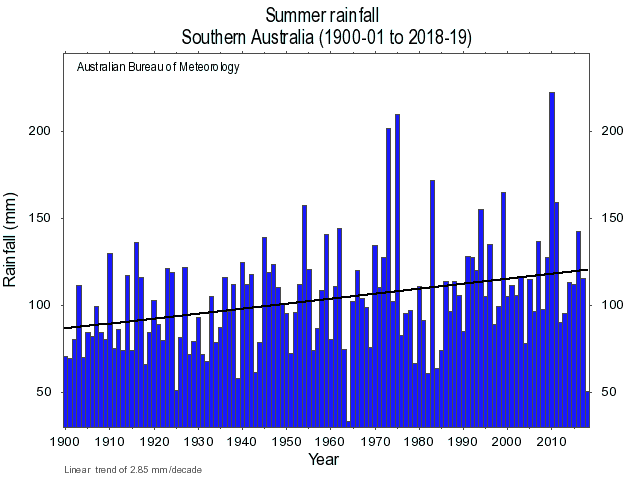 It’s also possible that the rainfall could increase but fall in a more variable pattern which increases floods and droughts, but in 178 years of data, that isn’t happening either.

How about the South East corner of Australia 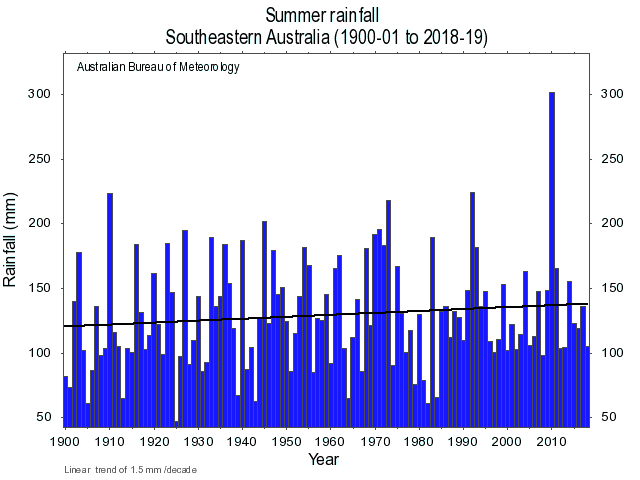 What about individual towns? Don’t believe your lying eyes: See a century of rain in Dalgety, Cobargo, Ensay, and 160 years of nothing in Melbourne and Sydney.

As Prime Minister, there is no excuse, it is Scott Morrison’s fault that he’s wrong and he needs to fix it

It’s Morrison’s job to make sure he asks hard questions, trusts the right people, and gets good advice. A leader cannot say “I just accepted what the experts said”, or “I assumed they would correct me”.

This is high school type science. It is “just basic chemistry” that the world will become a hotter-wetter place. Sadly, the BOM, CSIRO, ABC, and most of lower and higher Education have been eroding public scientific knowledge for 3 decades — undoing anything useful that people learnt in high school science lessons.

Time for skeptics to write to the PM and all the rest: Let the “hotter wetter summer” campaign begin.

On another note: When will the Press Council investigate the ABC for publishing repeated misinformation that serves to promote Labor Party policy, increasing the odds of Australians voting for the type of governments that increase ABC salaries. Is it incompetence, or self serving culpable negligence?

The Hotter-Drier “Climate change” myth — the rain in Australia has always been erratic, no CO2 trend

Climate change and bushfires — More rain, the same droughts, no trend, no science

Figure this: Andy Pitman says “we don’t understand what causes droughts” but “the indirect link is clear”!