This is striking new finding by ABC journalist Ann Arnold that for some reason has not yet been published in a science journal.

Some mystery remains, however as to which dataset could rule out any and all fires in the last 30,000,000 years, or indeed which dataset could prove that those forests and trees have existed in the same place continuously. We keenly await more details on the high resolution sedimentary pollen and missing ash deposit that could show that there were never fires, not one, especially during the Miocene when Antarctica thawed around 24 million years ago and stayed hot for ten million continuous years.

It’s all the more remarkable given that temperatures have varied in the Antarctic by 15 degrees Celcius over the same period, and for 20 million years out of the last 30, it was even hotter than today.

Scientists keenly look forward to seeing those error bars, though one critic, Dr Hyperbowlie suggested the p-values “might be greater than 1. ” 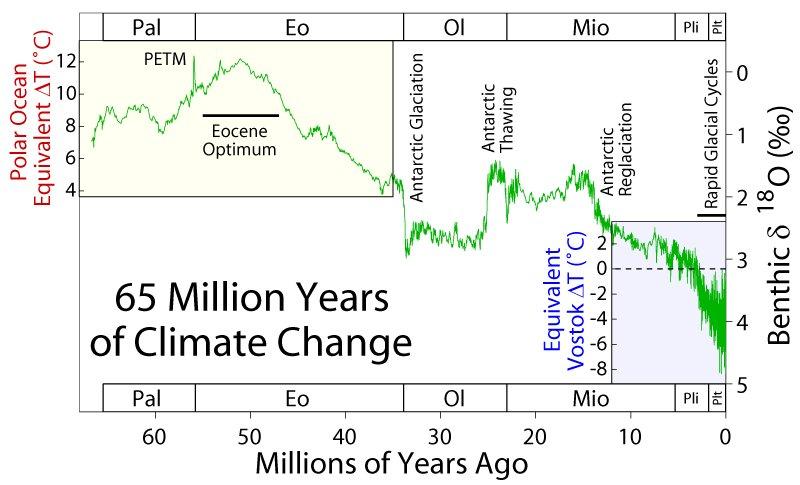 These forests have legendary fire retardant status. If only we could bottle it!

The rainforests along the spine of the Great Dividing Range, between the Hunter River and southern Queensland, are remnants of Gondwana, the ancient supercontinent that broke up about 180 million years ago.

Ahh. Not sediments, but sedimentary song. This is history according to 30 million year old birds:

“Listening to the dawn chorus in these forests is literally an acoustic window back in time,” ecologist Mark Graham tells RN’s Saturday Extra.

The forests are mountaintop islands that have been “permanently wet” for tens of millions of years.

But now, these forests are being burnt for the first time.

“We are seeing fire going into these areas where fire is simply not meant to go,” says Mr Graham,

Which extraordinary scientist is Mr Graham? He’s a fire specialist with the Nature Conservation Council. which bills itself as “The voice of Nature in NSW”.

The Albert’s Lyre Bird. The Rufous Scrub Bird. The Log Runner. The Tree Creeper. And, confusingly, the Cat Bird; a large, green rainforest bird that wails like a cat.

They are internationally renowned. Birders from around the world come to see and hear them.

“These are global strongholds of the most ancient birds on the planet,” Mr Graham says.

The billion dollar ABC, again, acts as the free publicity arm of every two-bit green NGO, repeating their press releases without a single question. That is, “on a good day”. On a bad day, the ABC picks up their profane facebook comments and calls it “science”.

Seriously, I’m quoting Ann Arnold as she pours liquid hydrogen on a media circus with fake factoids from facebook. You can’t make up satire like this:

He [Mark Graham] wants to present only the facts, and avoid fuelling a media and political circus around the fires.

But the marathon toll of anxiety, threat and loss is exhausting, as evidenced by a recent post he made on Facebook, at 2.30am:

“Friends. Shit is getting well-serious.

“I am at my place at the very top of the Bellinger Valley. Smoke has completely saturated everything for days now.

“Most of this evening I have heard the wind absolutely roaring on the escarpment above. These beasts are inexorably heading for Point Lookout and New England National Park — the biggest and healthiest chunk of Gondwana.

“There are no words that can describe the significance, enormity and horror of what now looks highly likely to happen … Rain, RAIN … RAIN …”

So much for the well funded ABC Science Unit. Ann was just one email away from specialist science communicators. Where was their apoplexy?