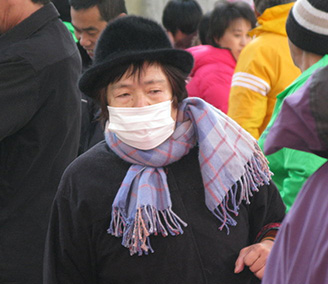 The panicked closure of nuclear power in Japan pushed electricity prices up. The UN agrees that no people died from radiation in the Fukushima event, but the frenzied over-evacuation killed up to 2,000 people. After that, higher electricity prices led to at least 1280 extra deaths in the 21 largest cities. That translates into 4,500 deaths if the mortality rate was similar across the rest of the country.

Be Cautious with the Precautionary Principle: Evidence from Fukushima Daiichi Nuclear Accident, by Matthew Neidell, Shinsuke Uchida and Marcella Veronesi. A discussion paper by the Germany-based IZA Institute of Labor Economics.

“Our estimated increase in mortality from higher electricity prices significantly outweighs the mortality from the accident itself, suggesting the decision to cease nuclear production caused more harm than good.”

The authors calculated that these higher electricity prices resulted in at least an additional 1280 deaths during 2011-2014. This is higher than a previously documented estimate of 1232 deaths which occurred as a result of the evacuation after the accident, they say.

“Since our data [on mortality related to higher electricity prices] only covers the 21 largest cities in Japan, which represents 28% of the total population, the total effects for the entire nation are even larger.”

Who would have guessed, irrational scare campaigns can be deadly:

Earlier this year, Michael Shellenberger, president of research and policy organisation Environmental Progress, told delegates at the XI International Forum Atomexpo 2019 held in Sochi, Russia that a “panicked over-evacuation” of the area had caused around 2000 deaths, with fear of radiation causing “significant psychological stress”. The United Nations Scientific Committee on the Effects of Atomic Radiation found there had been no deaths from radiation that escaped from Fukushima, he noted.

The Precautionary Principle turns the normal cost-benefit analysis into a binary yes or no lottery.

As a regulatory tool, the precautionary principle – that activities should not proceed when the threats of damage are not fully understood – has previously been met with mixed reactions, the authors of the IZA report say, and question why, given such “surprising” results, governments invoke this principle.

“One possible explanation is that salient events, such as a nuclear disaster, affect perceived risk, which is often based more on emotions and instincts than on reason and rationality.

On the plus side, the Precautionary Principle neutralizes numbers, appeals to simpler minds and makes good bumper-stickers. On the down side, it kills people.