Welcome to the new complexified energy grid where a cloud can cause a system black event — knocking out power for as much as nine hours. This affected the hospital for 30 minutes and the prolonged problems caused many businesses and supermarkets to close. Alice Springs is an island microgrid servicing about 29,000 people in the centre of Australia. It was 38 degrees C yesterday when the power went out. Shame about those fridges and air conditioning units.

Alice Springs is a mini version of larger grids showing how fragile these new complicated systems of multiple generators based on weather events and batteries can be. 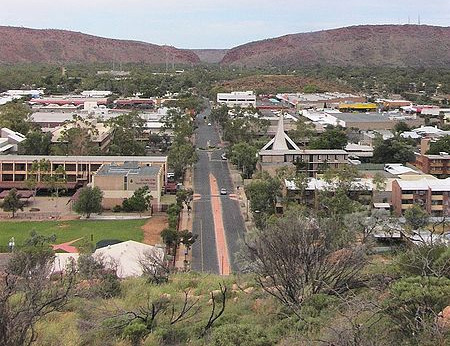 Thousands of residents in Central Australia went without power yesterday afternoon, with some experiencing blackout conditions for up to nine hours.

Electricity was cut across the Alice Springs region around 2:30pm yesterday and was not restored in some areas until 10:47pm.

“We’re not quite sure what’s happened there,” he said. “It shouldn’t happen … there seems to be an unacceptable failure here between the battery and the gensets [generation sets]. “We should be able to handle switches between solar and gensets.”

Caused by a cloud? I defy anyone to interpret this sentence literally:

The outage was caused by a cloud which rolled in to Alice Springs about 2:00pm on Sunday, which caused a “reasonably large increase” to the system, Mr Duignan said. “That resulted in the majority of our units going into an overload condition,” he said.

“Those units stayed in an overload condition for a number of minutes before they tripped off on their protection systems … the battery energy storage system went to full output before it tripped off as a consequence of the outage.”

And the words “solar failure” are never to be spoken.

A letter to the Editor of Alice Springs News, from the ETU = Electrical Trades Union

Sir – The majority of the 29,000 residents of Alice Springs were without power on Easter Sunday after a cable fault in the Desert Springs and Mount Johns area.

This is the second time in 10 days major power outages have affected the Alice Springs network. We praise the PowerWater (PWC) and Territory Generation (TGen) front line workers for their dedication and expertise which ensured a timely restoration of supply, but we have major concerns about future reliability of the Alice power supply.

Concerns relate to the ability of the new Owen Springs Power Station (OSPS) to consistently maintaining supply to the network without the Ron Goodin Power Station (RGPS) being available. There are also questions remaining around the Battery Energy Storage System’s (BESS) actual functions.

We are disappointed that TGen and the Government were failing to respond to workers’ concerns about the compressed timeline for the closure of RGPS. This blackout and the previous blackout show clearly that without backup of Ron Goodin Power Station (pictured), the Alice would have been stuffed. Without RGPS being available as it is currently we have no idea how long Alice Springs residents would have been without power after both these recent events.

“The guys on the front line live and breathe this stuff and they have been saying for months that Ron Goodin Power Station was prematurely closed and that Owen Springs was not adequately tested to ensure continuity of supply,” union organiser Dave Hayes said.

This is what happens when electrical grids are run by climate scientists and not engineers.

Correction: The first link led to a different 2016 blackout story (highlighted by the ABC as “related news”):  Thousands impacted by Alice Springs power blackout, calls for compensation.  by Joanne Crothers. This has been replaced with a quote about the blackout two days ago which is obviously more “related”.  h/t Peter Fitzroy and commenters. Sorry about the confusion caused.