Add Susan Crockford’s name to the list of scientists being tossed out of the academic cathedral because they dare speak the truth. University of Victoria give no reasons for suddenly ending her long unpaid role as adjunct professor, but if they had evidence of incompetence, misinformation, deceit or poor performance, you can be sure they would say so.

Others put up with the bullying and stay silent til they retire like Dr Rex Fleming from NOAA or they report anonymously after working for 40 years at the National Weather Service. Sometimes the bullying even follows people home, like Dr Fisher, economist and former ABARE manager who’s house was egged. All he did was model the costs of climate policies. Art Robinson ran for Congress and his three children were targeted at Oregon State Uni. No doubt there are more, please add them in comments.

Untold are the stories of all the academics and business people who stay silent, move jobs, change departments, and even leave the West in order to escape the punishment. From emails to me, I know it’s happening all over the scientific world, not just in climate change. Western universities are a toxic wasteland of political correctness. You can study namecalling at Queensland University, but not free speech or logic and reason. 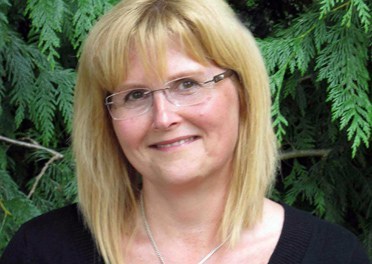 A world-renowned expert in animal bone identification has lost her position at the University of Victoria (UVic), she believes for telling school kids politically incorrect facts about polar bears.

Zoologist Dr. Susan Crockford is routinely hired by biologists and archeologists in Canada and abroad to identify the remains of mammals, birds and fish. She has helped catalog museum collections, and assisted police with forensic analyses. But UVic students will no longer benefit from her expertise, and her ability to apply for research grants has come to a screeching halt. In May, the Anthropology Department withdrew her Adjunct Professor status, depriving her of a university affiliation.

Crockford describes her expulsion as “an academic hanging without a trial, conducted behind closed doors.”

The position of Adjunct Professor is unpaid. In exchange for mentoring students, sitting on thesis committees, and delivering occasional lectures, adjuncts gain official academic standing and full access to library research services. When asked what safeguards ensure that adjuncts can’t be excommunicated merely for expressing unpopular ideas, spokesman Marck declined to respond, citing provincial privacy legislation. In his words, the university doesn’t disclose “information about internal processes. We must respect the privacy rights of all members of our campus community.”

In this case, the university is not protecting Crockford’s right to privacy. Instead, it is using a privacy smokescreen to protect members of a committee who have decided to purge an adjunct professor without reason or explanation.

G. Cornelis van Kooten, a UVic professor of economics who also holds a Canada Research Chair in environmental studies, says he is “appalled and distressed” by the Crockford removal. When, he asks, did “universities turn against open debate? There’s now a climate of fear on campus.”

Adjunct Profs cost universities very little, and offer mentoring and sometimes attract grants. (Lomborg came with $4m, but it wasn’t enough.) When they threaten the Big-Government religion and cash cow, universities will spend hundreds of thousands of dollars in the most petty of pursuits to excise them and deprive them of their titles lest they speak out.