Progress? Australia has more fashionable energy but less ability to protect elders from the cold 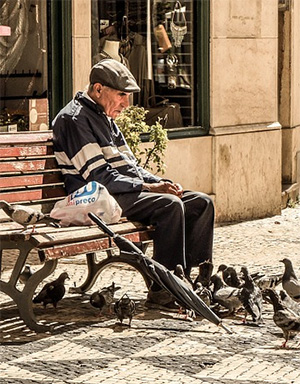 Deaths in elderly folk from hypothermia or cold related conditions are up 34% in last ten years. These are people who can’t afford heating.

Power prices were up 117% in the same period, undoubtedly due to policies that put weather control 100-years-from-now, above the present day quality of life.

This doesn’t appear to be the additional deaths from flu or cardiac causes which also rise as indoor room temperature falls. The real total will be much higher. Despite “global warming”, six times as many people die of cold in Australia not heat. That tally of excess winter deaths is around 2,400 per year. Cold kills more people than heat in every Australian capital.

The rising cost of electricity has become a major concern for the elderly in particular with new data revealing more than 130 people were admitted to NSW emergency departments last winter with cold-related problems such as hypothermia.

This is a shock increase of 34 per cent from 10 years ago. Alarmingly, the health statistics correlate with an increase of power prices by a whopping 117 per cent,The Daily Telegraph reports.

Daily Mail UK: The tragic toll of Australia’s power crisis: Elderly people are freezing to DEATH in their homes because they can’t afford to turn their heaters on

A study conducted by Dr Michelle Ananda-Rajah from the Monash University in Victoria found those who were diagnosed with hypotheria lived alone and did not have much social support.

She concurred with Mr Fulde and said the elderly are the most at risk due to their inability to ‘afford adequate heating’.

A search for “ABC Cold Death Warning”still turns up a story of a dead cook in a freezer. A search on their ABC site turns up: Fact check: Do more people die in Australia than Sweden due to poorly heated homes?” The verdict, by the way, is that “Mr Kelly’s claim is overstated.”  The evidence supports the claim that more Australians than Swedes die in cold temperatures, and these deaths relate to moderate – rather than extreme – cold.”   “But it is a stretch to say deaths are “simply” the result of inadequate heating. Our habits also play a part in keeping warm.”

Blame the elderly for not wearing more blankets?

So it’s a “Fact” that the ABC will go to pedantic extremes to avoid saying “Craig Kelly was right”.

Image by StockSnap from Pixabay