Next time someone tells you how extreme the climate is today remind them that five million people died in a drought in 1896 in India. That was the same year a brutally hot summer in Australia caused 400 deaths and people fled the inland heat on emergency trains. Somewhere between 1 and 5 million people died a few years later in the next drought — the same time as Australia’s “Federation drought”.

Spot the effect of CO2 in 150 years of rainfall of India:

Famine deaths have largely been eliminated in India, mostly thanks to better transport and organisation, higher yields (thanks to fertilizer and CO2) and irrigation. Droughts still happen but in a population that has grown from 250 million in 1880 to a billion in 2000 the extraordinary thing is that more people starved of famine when the population was only a quarter of the size and CO2 levels were “perfecto”.

Weakened people died of cholera and malaria, and bubonic plague too.  Death rates to these diseases often doubled or tripled. 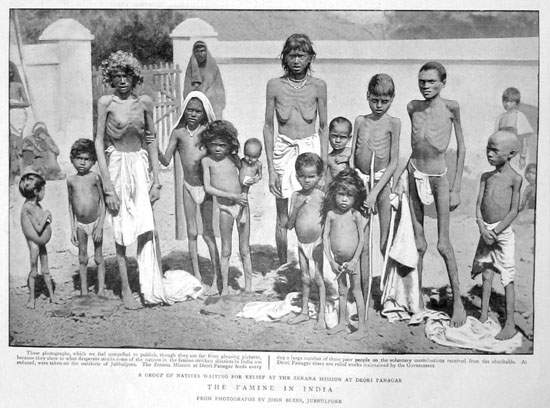 Thanks to fossil fuels and atmospheric CO2 countless lives have been saved.