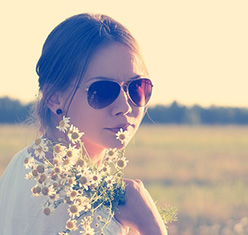 Between 1995 and 2011, fewer freeze-free days meant 11 to 27 days added to pollen season for most of the United States, research shows. The Asthma and Allergy Foundation of America, which does an annual survey of allergy season, noticed that it’s been growing each year.

The number of allergy sufferers has grown, research shows. One in 10 Americans struggled with hay fever in 1970, and 3 in 10 did by 2000. Asthma, which can be made worse by exposure to pollen, has become more common too, with higher rates among kids, low-income households and African Americans.

Warming cycles have always happened, and when times are good, plants have to ramp up the competition — it’s in their genes. Allergy cycles, we can bet, probably didn’t happen so often to paleolithic people who didn’t have access to Ventolin-trees or Epipen-plants.

Could it be that what causes asthma is not more pollen, but changes to breastfeeding, pollution, glyconutrients, diets, antihistamines, histamines, Vitamin D, parasites, cleaning,  baby wipes, cesarean sections, less farming, less farm dust, less dirt, and adding preservatives, antacids and antibiotics and other things that kill off our gut flora?