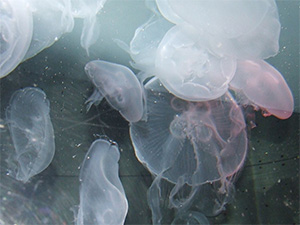 Three amazing things in this story. One that solar cycles might influence the oceans to such an extent that jellyfish plagues are cycling in tune with the sun. Second is that the sun might control food for jellyfish on Earth somehow but have no effect on clouds, temperature or our climate (join the dots that expert climate models don’t). Third is that (briefly) there was actual scientific debate published on the ABC (even if only a few Australians were exposed to it). No one called anyone names, and both sides got to speak (albeit on different channels). Put it in your diary.

A couple of weeks ago on the ABC jellyfish were booming and it was because of climate change:

…the brainless, spineless, eyeless, bloodless creatures are booming in numbers — and causing mayhem around the world.

Some scientists think jellyfish numbers are increasing as the climate changes — the creatures reproduce well in warmer waters.

Last year, Nick Kilvert of the ABC saw it as a coming deadly jellyfish hell.

This week a researcher said the data was weak and there was much better evidence that jellyfish populations surge in 22 year cycles that match the solar pattern instead:

Pulling together worldwide datasets of jellyfish that go back decades, she said her team found the creatures would increase in abundance for 10 years, then decrease, then start again in what was found to be a 22-year cycle.

Solar cycles are really 22 years  (or so) because each 11 year alternate cycle alternates with the North pole “on top” then the South pole.

Some scientists believe there is a worldwide increase in jellyfish numbers due to warming waters and pollution and that tropical stingers could be pushing further south.

“There’s been a lot of emotive commentary about jellyfish for a long time, even in the scientific community, with people making claims that jellies under anthropogenic stress are going to take over the oceans and all that sort of stuff,” Professor Pitt said.

But her team believed jellyfish numbers increased because solar cycles could affect wind changes, which “turned over nutrients and stimulated the growth of phytoplankton” and subsequently ocean food productivity.

Try to imagine how the sun could increase phtyoplankton and jellyfish  and yet have *definitely* no effect on clouds, or temperature…

Complexifying things, there are scientists who think phytoplankton changes CO2 levels (more on that soon), and others who think microbial sea life can affect cloud seeding.

Fourth amazing thing is a marine researcher willing to say they need data to support their models and that the man-made signal was not statistically significant.

“We need to wait and see if that data starts rolling in and our predictions are supported.”

Professor Pitt’s study found a “really small signal” that there was an overall increase in jellyfish numbers irrespective of the 22-year cycle but not one that was “statistically significant”.

“It’s absolutely not a given that warmer water causes more jellyfish and there’s nowhere near enough data to say that,” she said.

“Some of my colleagues are quite sure that it’s happening but the data for it isn’t very strong.” 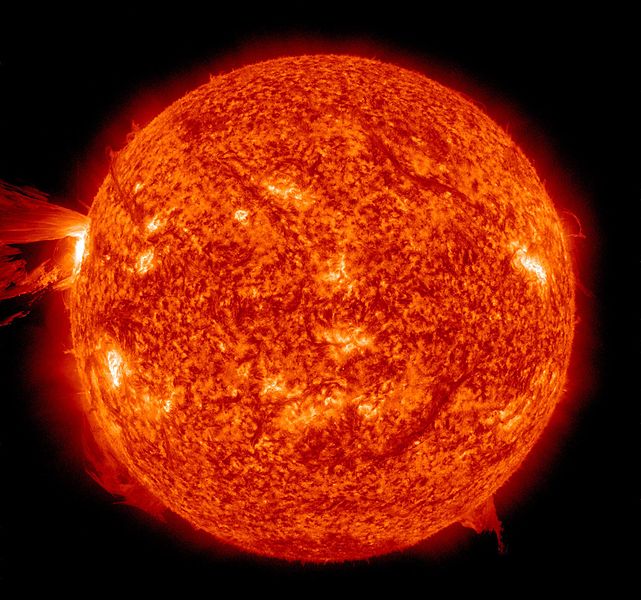