So smart and yet so stupid 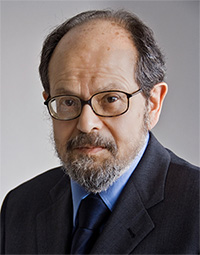 Global Warming for the Two Cultures by Richard Lindzen

Prof Richard Lindzen, a giant of the skeptical debate delivered the 2018 Annual GWPF lecture this week talking about two cultures of two different educated elites. Those at the higher intellectual level may be more prone to groupthink than ordinary folk…

Lindzen  quotes C.P.Snow who was both a scientist and a writer and who lived in both elite worlds — the scientific and the arts.

C.P. Snow felt only 1 in 10 of the most highly educated in the western world had even a basic grip on physics:

A good many times I have been present at gatherings of people who, by the standards of the traditional culture, are thought highly educated and who have with considerable gusto been expressing their incredulity at the illiteracy of scientists. Once or twice I have been provoked and have asked the company how many of them could describe the Second Law of Thermodynamics. The response was cold: it was also negative. Yet I was asking something which is the scientific equivalent of: Have you read a work of Shakespeare’s?

I now believe that if I had asked an even simpler question – such as, What do you mean by mass, or acceleration, which is the scientific equivalent of saying, Can you read? – not more than one in ten of the highly educated would have felt that I was speaking the same language. So the great edifice of modern physics goes up, and the majority of the cleverest people in the western world have about as much insight into it as their Neolithic ancestors would have had. — C.P. Snow

Lindzen fears little has changed and warns that the gulf in understanding between each elite culture is open to malicious exploitation. When science is used as a vote winning issue, non scientists have to pick sides and then belief and faith inevitably trump understanding.

The “trivially oversimplified false narratives”  help reassure the non-scientists that they are not completely stupid. Even the smart-but-dumb folk love being told how smart they are. (Don’t we all?) So when a complicated debate is reduced to a binary “yes-no” situation, like renewables “clean”: fossils “dirty”, educated elites get drawn in…

Why the educated elites are vulnerable to being fooled

“… ‘ordinary’ people (as opposed to our ‘educated’ elites) tend to see through the nonsense being presented. What is it about our elites that makes them so vulnerable, and what is it about many of our scientists that leads them to promote such foolishness? The answers cannot be very flattering to either. Let us consider the ‘vulnerable’ elites first.

To paraphrase Lindzen, educated elites are gullible suckers because they spent too much time at uni, and they are rich enough to afford to hold stupid ideas. They want to believe they understand science but the level of their understanding is “Bumper Sticker 101”. Smart people have smartish friends, and they are very afraid of looking stupid.
Ordinary folk are more immune to it, because they already know university profs look down on them, so they don’t need to impress them. They can’t afford frivolous quests, like trying to change the weather with a light globe. Ordinary folk ask good, basic questions. These are also hard questions which produce waffling, dissembling and running away, or namecalling, and no one needs a PhD to decide which scientist is right then.