UPDATE Watch Peter Ridd on Sky News. I’ll be on the show myself next Sunday. – Jo 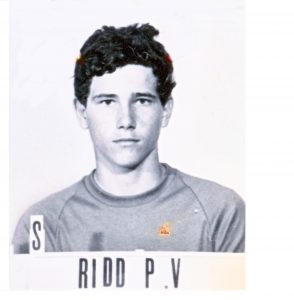 Peter Ridd as a first year undergraduate science student at James Cook University back in 1978.

This is so much bigger than just one man and one university. Academic staff everywhere will be watching, most to see if they can say what they really think, but others, conversely to see whether James Cook University can get away with this. Can they squelch opinions they don’t like this easily?

James Cook Uni needs to be punished, mocked and heads should roll. We didn’t ask for this test, but it’s here. JCU don’t deserve a single dollar of taxpayer funds while they maintain this ridiculous anti-intellectual and political pogrom.

Peter Ridd wants his job back and he’s willing to fight to get it. Let’s help him!

Summary of Allegations with brief explanation

First they tried to punish Peter Ridd for daring to question divine institutions and sacred peer review. These are the words JCU wanted banned:

“…we can no longer trust the scientific organisations like the Australian Institute of Marine Science, even things like the ARC Centre of Excellence for Coral Reef Studies – a lot of this is stuff is coming out, the science is coming out not properly checked, tested or replicated and this is a great shame because we really need to be able to trust our scientific institutions and the fact is I do not think we can any more.”

Then it became an order for him not to discuss their campaign to silence him. Now this is about his right to free speech to discuss their effort to stop free speech. JCU objects to him raising funds to defend himself — Did he breach a confidentiality agreement that James Cook Uni had no right to ask for? Does he have a conflict of interest by accepting money from the IPA given to help him defend himself?

This is a pure free speech battle — uni’s can accuse, but victims can’t defend

This taints all research James Cook University puts out. We know all reports will be pre-filtered or self censored.

It’s nothing but a legal hammer to stop the uni being exposed for behaving like a parasitic political tool. JCU accepts funds as a scientific institution but if it sacks people for saying the wrong thing, it proves it is really producing political documents disguised as unbiased research. Obviously no JCU researchers are free to “discover” anything that threatens the grand gravy train or suggests taxpayers are not getting good value.

This taints all research the institution puts out. How do we know that any news they announce is the whole truth — we must assume every result is put through the political filter and inconvenient conclusions or implications are removed.

It’s become a parody — JCU are denying they curtail academic freedom while they shift to an Academic-DefCon1 level, and type in the launch codes to stop him not only speaking about scientific matters, but also legal and free speech matters. JCU are nice people but Ridd should be sacked for talking to his wife and using words like “amusement”. The mildest irony is illegal!

JCU say he was making things up when he claims they told him not to talk to his wife but it was “misconduct” to email her:

(d) [James Cook University] Claims that Ridd was wrong to state in the GoFundMe campaign that the university did not allow him to tell his wife about the original allegations. It is certainly true that after a couple of months the university finally relented and allowed Ridd to talk to his wife. Then shortly after, the university made two allegations of serious misconduct about emailing his wife information relating to the case.

Ridd is free to speak, as long as he says the right things. He is not free to trvialize, satirize or parody JCU:

(e) Accused Ridd that he “trivialised, satirised or parodied” the disciplinary process by sending a copy of a newspaper article about the case to an old friend with the subject line “for your amusement”.  The university particularly objected to the use of the word “amusement”.  Naughty word apparently, but the university thought-police got it totally wrong. Ridd sees nothing amusing about what is happening to him. The strain and pressure is constant and potentially crushing – he was being ironic.

(f) At the initial, and very frightening, serious misconduct interview in August 2017 when Ridd was handed by the Dean and HR representative the first set of allegations, and where there was a clear and imminent threat of dismissal, Ridd made it clear that he was going to fight the allegations all the way. Ridd said the words, “You should look at me as a poisonous fruit” and “[the University] could eat me…but  it will hurt; I will make sure it hurts”.  The university claims that this “language used is threatening, insubordinate, disrespectful”. In context, Ridd had just been told he was going into a procedure where the university is the judge, jury and probable executioner.  He was simply being defiant against the odds.

Of professors, there are only a few,
Who dare challenge or doubt peer-review,
Of all topics climatic,
Which is so problematic,
For alarmists who think it taboo.

To be clear, the university is not questioning the veracity of what ex-professor Ridd has written, but rather his right to say this publicly. In particular, the university is claiming that he has not been collegial and continues to speak-out even after he was told to desist.

New allegations have been built on the original misconduct charges that I detailed back in February. The core issue continues to be Peter’s right to keep talking – including so that he can defend himself.

In particular, the university objects to the original GoFundMe campaign (that Peter has just reopened) because it breaches claimed confidentiality provisions in Peter’s employment agreement. The university claims that Peter Ridd was not allowed to talk about their action against him. Peter disputes this.

Of course, if Peter had gone along with all of this, he would have been unable to raise funds to get legal advice – to defend himself! All of the documentation is now being made public – all of this information, and more can be found at Peter’s new website.

The Institute of Public Affairs published Climate Change, The Facts 2017, and continues to support Peter’s right to speak the truth. For media and comment contact Evan Mulholland on 0405 140 780, or at [email protected]

Buy the book if you haven’t already: this is another way of showing your support.

Just yesterday (Friday 18 May), Peter lodged papers in the Australian Federal Court. He is going to fight for his job back!

If you care about the truth, science and academic freedom, please donate to help bring this important case to court.

It doesn’t matter how little or how much you donate. Just make sure you are a part of this important effort by donating to Peter’s GoFundMe campaign.

There is more information at my blog, and a chart showing how much some reef researchers have fudged the figures.

Marohasy has a lot more about Ridd’s scientific importance, read it all.

Suspending him from duty last month, JCU deputy vice-chancellor Tricia Brand said Professor Ridd had engaged in serious misconduct, including denigrating the university and its employees.

Terminating his employment, Vice-Chancellor Sandra Harding said he had “engaged in a pattern of conduct that misrepresents the nature and conduct of the disciplinary process through publi­cations online and in the media”.

Ridd is fighting back:

Professor Ridd responded by lodging new legal documents with the Federal Court. He said he would fight the sacking alongside 25 charges behind JCU’s “final censure” of him last year.

After already raising $100,000 from international donors in one day, Professor Ridd has turned again to the public for support.

“JCU appears to be willing to spend their near unlimited legal resources fighting me,” he said.

Professor Ridd claims he had been censured because he had “questioned the reliability of science coming from some of our most prestigious organisations who are claiming that the GBR is badly damaged”.

“All I am saying is we need to check this ‘science’,” he said.

Share your thoughts. Speak now while we still can:

The group-thinking warmists who preach,
A consensus, will censure free speech,
And those who might dare,
Have their science laid bare,
They would gladly dismiss and impeach.

Last chance to book for the Friedman conference!
Science is nothing without free speech. Join the ATA and friends — people who fight for it.  I’ll be speaking with Ian Plimer next weekend on How to Destroy an Electricity Grid. It’s a great line up of speakers on May 25-27, or come for the Gala dinner. Get a 10% discount with the code Nova18. Bookings close tomorrow.