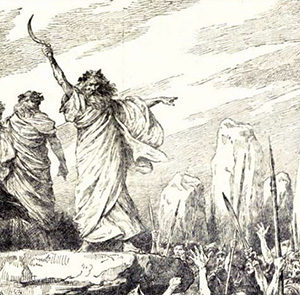 The voters smacked the Greens yesterday, so today the Greens smack the voters. Richard Di Natale, Green Chieftain, blames the recent spate of storms and fires for the governments failure to change the global weather.

The Greens have blamed the federal government’s failure to address climate change for a cyclone and bushfires which have ravaged communities across Australia over the past 48 hours.

Cyclone Marcus has swept across the Northern Territory, bringing down power lines and hundreds of trees in what Chief Minister Michael Gunner described as the biggest storm to hit the Top End in 30 years.

In Tathra on the NSW South Coast, at least 70 properties have been destroyed, while thousands of hectares of farmland, livestock and 18 homes have been lost in four blazes which were started by lightning strikes across South West Victoria.

In an anti-coal speech in the Senate today, Greens leader Richard Di Natale said the government had been doing “everything it can to slow this country’s transition to renewable energy”.

Four thousand IPCC-Chief-Gurus said cyclones will become “less frequent” but “more intense”. Which is why Cyclone Marcus was a Category …  Two. 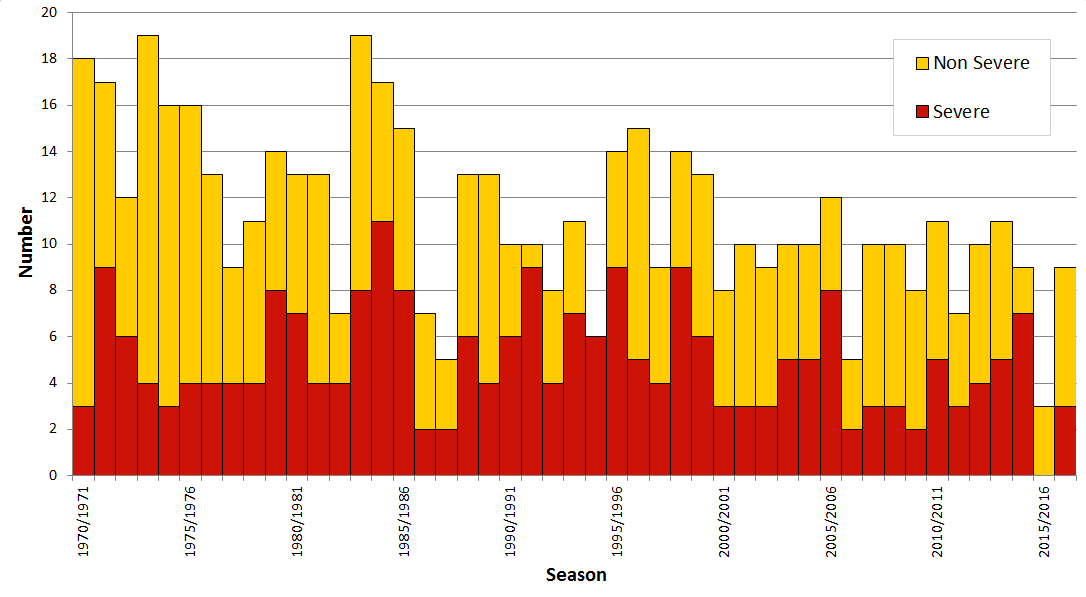 Marcus had gusts to 130km/hour, thankfully, no buildings fell down and no deaths were reported. 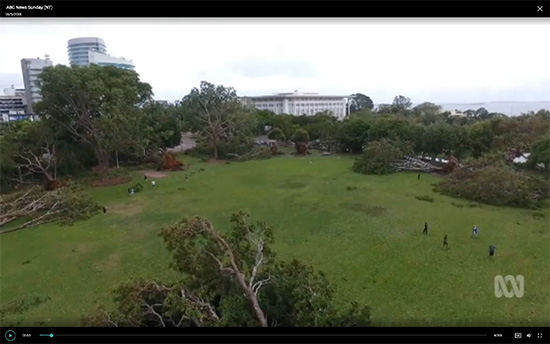 If we reduce global CO2 by 70ppm at a cost of $42 billion trillion dollars Darwin might be lucky enough to get storms like this instead: 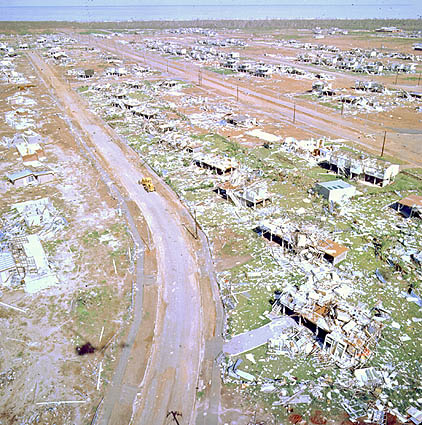 Evidently climate change causes stronger buildings, or perhaps that has something to do with fossil fuels?

But this week in Darwin the local hardware stores have run out of chainsaws. Forty three years ago they ran out of walls.

Tomorrow: the Climate Druids lecture us on Fires.

*Thought for today: Looking at the cyclone trend graph —  ponder if we are returning to the cooling period of the 1950’s-70s? It’s possible we may get more storms again, but for the opposite reason. As it happens another cyclone may already be on the way?