PMSML stands for Permanent Service for Mean Sea Level, though there is nothing permanent about sea-level data — like all obedient climate change data, it’s subject to change fifty years later — and the adjustments are as large as the trends.

We’ve seen this pattern in so many places. Now Cliff Ollier and Albert Parker have shown it in the Indian Ocean looking at Aden in Yemen, and Mumbai in India (and other places, and other data). Kenneth Richard at No Tricks Zone goes through it at length. James Delingpole calls it TideGate. The New York Times says nothing (just like last time).

Parker and Ollier conclude that at Mumbai, apparently the sea levels were “perfectly stable over the 20th century”. At Aden, sea levels trends are rising at a pitifully small quarter of a millimeter a year during the twentieth century. (And that’s their upper estimate). The lower estimate is minus five hundreths of a millimeter a year.  Looking at other sites as well they estimate a rise of …”about zero mm/year” in the last five decades. zero.

This, they say, agrees with other things like… coastal morphology, stratigraphy, radiocarbon dating, archaeological remains, and historical documentation. (But not so much with climate models). Across the world there are scores of scientists all looking at everyone else’s adjusted data and saying to themselves “my raw data doesn’t look right”. 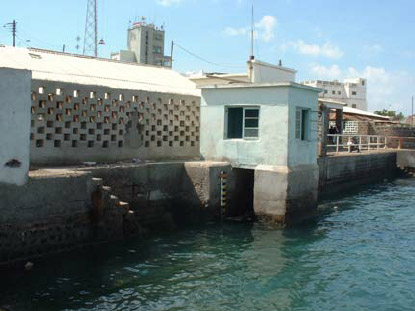 Graph (a) below shows the segments of raw data from Mumbai tide gauges collected from 1878 – 2011. There is a breakpoint change in 1936 with a 677mm drop. But the red series ends in December, and the green series starts the following month in January. (We wish there was an overlap, but at least there is no gap). The red line trend goes slightly up, the green line goes slightly down. But add them together and thanks to the magic of unexplained modern adjustments, look at Graph (b)! The effect of CO2 is revealed!

Amazing what scientists can find these days. Especially ‘mazing how the ground under these gauges seems to be rising so that it hides the effects of climate change. A conspiracy, I tell you.

Unlike the mainstream team Beenstock et al took the less conspiratorial approach and assumed that the land would be randomly subsiding and rising. Satellites confirmed that the placement of gauges was fairly random with respect to changing sea levels. Instead of trying to correct for that at each station individually, they just averaged the lot.  Beenstock estimated the trend in sea levels across a thousand gauges was just over one millimeter a year.

In Mumbai the PMSML team convert a small negative trend to a significant positive one:

What is science without consistency — all the raw data adds up to the same message:

The tide gauge result of Aden is perfectly consistent not only with the tide gauge results for Karachi and Mumbai. It is also consistent with the multiple lines of evidence, tide gauges, coastal morphology, stratigraphy, radiocarbon dating, archaeological remains, and historical documentation, for a stable sea level of about zero mm/year experienced over the last 50 years in all the key sites of the Indian Ocean (Morner 2007, 2010, 2014, 2015a, b, 2016a, b).

If sea levels are really rising at 3mm a year as claimed by the IPCC fanclub, a lot of other data needs adjusting (give someone a grant):

Contrary to the adjusted data from tide gauges and the unreliable satellite altimeter data, properly examined data from tide gauges and other sources such as coastal morphology, stratigraphy, radiocarbon dating, archaeological remains, and historical documentation indicate a lack of any alarming sea-level rise in recent decades for all the Indian Ocean (Morner 2007, 2010, 2014, 2016a). All the key sites indicate a sea-level rise of about zero mm/year, at least over the last 50 years (Morner 2007, 2010, 2014, 2016a). Goa has changes in sea level almost identical to those obtained in the Maldives and in Bangladesh even over longer time windows. Mumbai and Visakhapatnam on opposite sides of the Deccan Plateau also suggest a virtually stable sea-level condition in the last 50 years. In Qatar, the coastal records indicate a long-term stability of the present coastal regime (Morner 2015a, b, 2016b).

The low trend also agrees pretty well with the old raw satellite data (before that got adjusted).

A fast rising sea is a must.
For alarmists who tweak and adjust,
Making past records trend,
Like the hockey-stick bend,
Which skeptics worldwide do not trust.