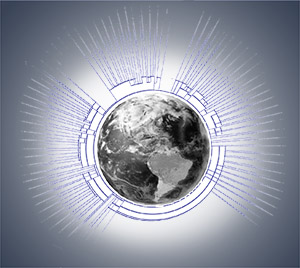 Energy is emitted to space from many different heights in the atmosphere, depending on the wavelength (not to scale, suggestive only).

One more quick post of mostly uncontroversial foundation for the math-and-physics-heads among us. But it’s a must for anyone who wants to talk Stefan-Boltzmann and follow the details of the next posts. My intro here, just has the gist without the equations.

There is no single layer that radiates to space, instead emissions come from many different heights, depending on the wavelength. We could average the emissions into “one layer”, but doing that would lose detail that matters when computing sensitivity to increasing CO2.

Technically the Stefan-Boltzmann law is not supposed to be applied to Earth, because there is no single physical radiating surface to which to apply it. So this is where David introduces and defines the concept of  “radiating temperature”, so it can effectively be applied.

8. Applying the Stefan-Boltzmann Law to Earth

Before discussing the third error in the conventional basic climate model (next post), we will review the application of the Stefan-Boltzmann law to Earth. This is the last of the foundational posts, predominately reviews to ensure readers can get up to speed on background topics.

It’s not quite straightforward, because the Stefan-Boltzmann law applies to the emissions of a body with a single surface for all wavelengths, whereas the Earth’s outgoing longwave radiation (OLR) comes from multiple emission layers (see post 6).

The Stefan-Boltzmann law applies to a body with a surface radiating into space, and is

Hard numbers on the Earth’s emissivity are scarce in the climate literature.

This says that the Earth is almost a black body at the infrared wavelengths at which it radiates OLR, though of course it is not a blackbody at visible wavelengths (because we can see it — it is in fact quite reflective, with an albedo of about 30%).

The Stefan-Boltzmann law cannot be literally applied to Earth because there is no single physical radiating surface to which to apply it. Also that law, like the underlying Planck’s law, relates radiation to the temperature of the layer that emits it, so it cannot be applied to a layer that does not physically emit. We must tread carefully.

We define the quantity TR such that

TR is numerically similar to the Earth’s effective (radiating) temperature Te, the temperature of a black body that emits the same OLR as the Earth:

While the numerical difference between TR and Te is insignificant, here we are concerned with OLR from the real Earth so it is more natural to use radiating temperature (and technically incorrect to use Te, at least conceptually).

Application of the Stefan-Boltzmann Law to Earth

The average value of the Earth’s radiating temperature, by Eq (2), is

(A brief note on what TR is not. If the Earth’s OLR was all emitted from a single surface, the average height of that surface would be between 5 km and 6 km because that is where the temperature is 255 K. But TR is not a temperature that can be measured with thermometers at some fixed surface in the atmosphere. Given the temperature gradient in the troposphere, there is always a height whose temperature is numerically equal to TR; but that height may change and is of no direct significance to TR because TR changes when one of the physical emission layers warms or cools, such as when the water vapor emissions layer or the cloud tops descend or ascend (average heights), so changes in TR  may occur that are not connected with warming at any particular height around 5 to 6 km.)

The Stefan-Boltzmann sensitivity (SBS) is defined as the slope of the TR curve as a function of R, where the Earth is, which we find by differentiating in Eq. (2) to be

It is the ratio of ΔTR to the corresponding ΔR, in all circumstances (quite unlike the Planck constant, which problematically requires holding everything except R and the surface temperature constant).

The SBS is the slope of the Stefan-Boltzmann curve at the Earth’s current state. It may be regarded as a constant because the Earth does not stray far from this point — the effect of a change in λSB is second-order in the models here. 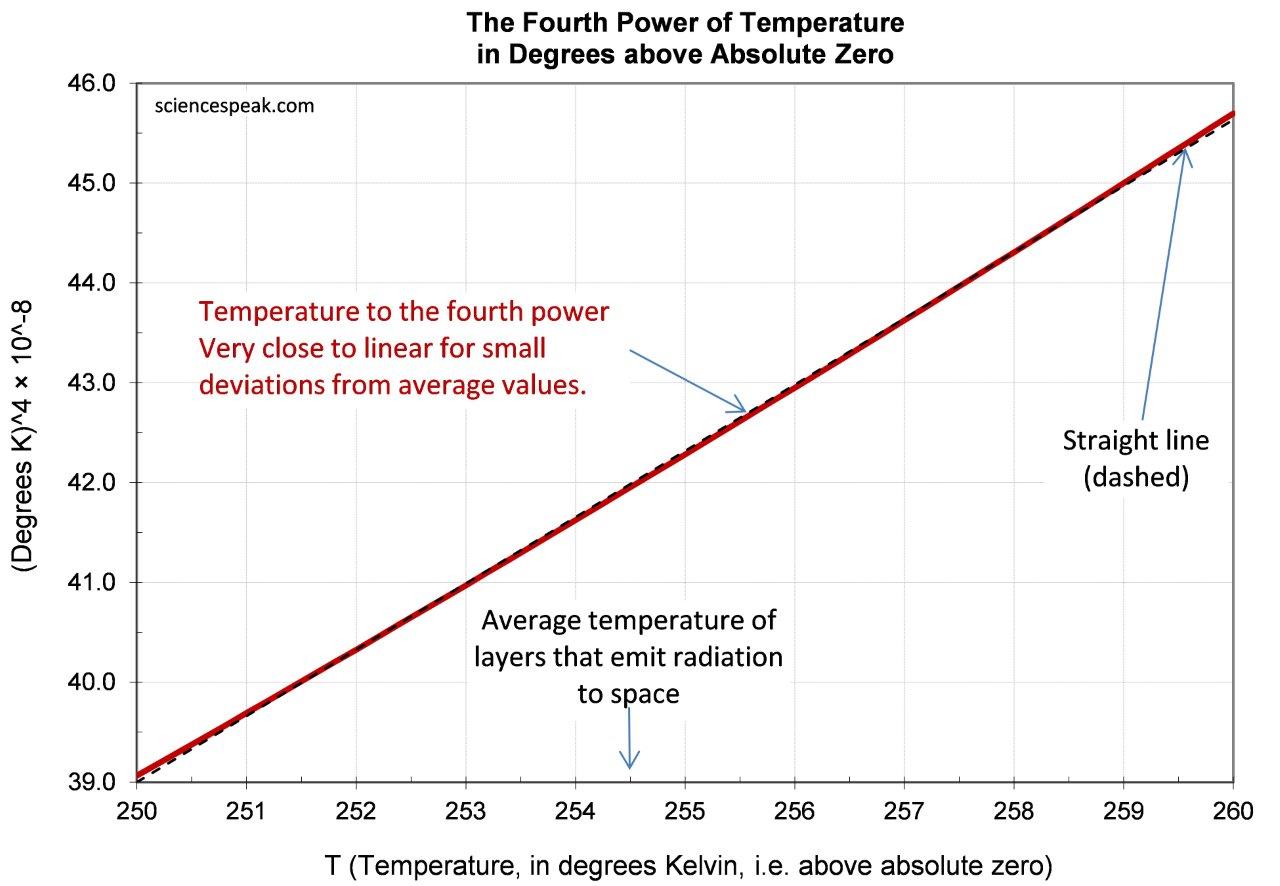 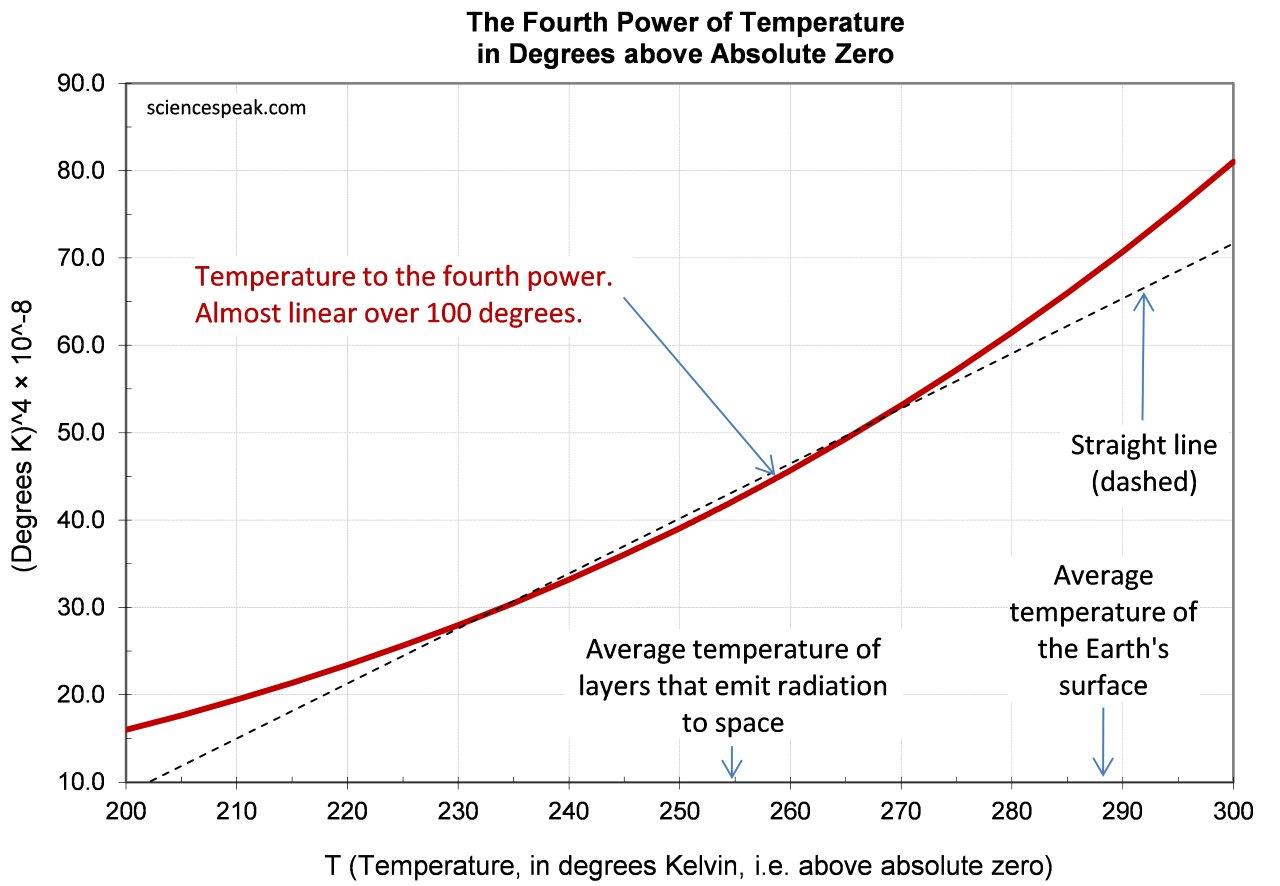 Figure 2: The Stefan-Boltzmann curve is still roughly linear over a 100 degree range.