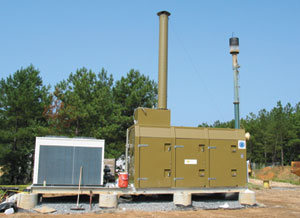 All the usual suspects declared it could never work. Instead, “Direct Action” is likely to be wildly cheaper and more effective (at reducing CO2). The catch is, it won’t reward friends of big-government and it won’t punish miners, manufacturers and small businesses —  which must be why climate activists don’t like it.

Results are just in from the first Abbott government Direct Action carbon auctions. The government offered to pay for carbon reduction, and held a reverse auction (where people who bid the lowest price would win). The average price came in at $14 a ton.

The Numbers: The Australian government will spend $660 million to reduce emissions by 47mT. These projects will run for about 7 years, and mean the government is on track to meet the target of 180mT reduction by 2020. — Details are at the Clean Energy Regulator.

It’s a lot less than the fantasy schemes that use wind and solar power, of which cost estimates vary partly because no one really knows what the lifespan and disposal costs are. One MIT study estimated the cost of abating carbon with wind was about $60 AUD per ton, and the cost of solar was $700 AUD per ton. (Marcantonini, 2013). Another estimate put the price of carbon reduction at South Australian windfarms at $1484 per ton. Pick a number — whatever it is, it’s a lot more than $14.

The Gillard Government’s carbon tax was advertised as $24 per ton, but it was the price of emitting a ton (which is different from the $14 per ton price of that applies to actual reductions. The carbon tax is a hopelessly indirect way to buy “carbon reduction”. It took $15 billion from Australians and only abated 2.9 million tons of emissions. In a way, Labor’s carbon price ended up being $5310 per ton. There is no denying the distorting effect on the economy of a $15 billion dollar impost. The Carbon Tax applied to everything, hoping to make all energy users more efficient, but there were not many gains to be had across the board. Energy use is fairly inelastic, people were already doing the easy and cheap things. In comparison, Direct Action takes a small slice of tax, and only tries to change the behaviour of a few industries which can make the biggest difference.

In the end, the vast bulk of the carbon abatement from Direct Action comes (predictably) from “sequestration” (28mT) and “landfill and waste” (18mT). In this auction, the cheapest form of carbon reductions come from things like forest protection, carbon farmers, and landfill gas projects.

Carbon Farming: We pay for it now, but the governments just stole it for years

Spare a thought for the first carbon farmers who were paid nothing — they were the victims of the Native Vegetation Acts. By stopping clearing of private property, the governments (of both persuasions) locked in most of our reductions for the Kyoto agreement. Our per capita emissions fell by 28% from 1990 to 2014. But two-thirds of that 28% came from “land use changes and forestry”. Some families like Peter Spencer‘s lost their life’s work. The carbon credits they were forced to provide for the Commonwealth still counted in the tallies today. When will they get paid? (At a ballpark estimate, Spencer’s property would be worth something like $40m in “carbon abatement” at todays prices.)

The most important outcome is that, unlike a carbon market, there won’t be a new dependent class of companies who have to go to Parliament lobbyist-in-hand to beg or butter up MP’s. With a blanket carbon tax, every industry wants carbon-permits, or free passes, for themselves to keep doing business as usual. The carbon market of the EU, Rudd, and Gillard fosters these sort of deals and pleas. Big-government could use subsidies to feed industries that will vote and cheer for them (think renewables). They could use the fake free markets to put reigns on the real free market. (What would stop them?) The miners, the electricity generators, the manufacturers generate independent wealth and power, and if they choose too, they could run major campaigns against the big-government taxes and imposts. But if they need to ask special favours, they are less likely to rock the boat. A carbon price is just another tool to keep them in line and obedient; it sure isn’t much good at reducing carbon.

If we assume that reducing CO2 is pointless (we do), the Abbott government has wasted $660m dollars, but at least there are some not-so-bad side products. (How low are our expectations?) The Coalition has wasted less money than Labor on trying to change the weather, though both policies have the same impact on the climate.  As a least-worst-scenario, we end up with more money, forests and trees, and some of the energy generated from landfill will be useful. It’s a shame the Coalition will be more efficient at reducing our emissions (because we should be emitting more CO2), but for a plan with a dumb target, this outcome is as good as it gets. Shutting it all down would be better. Tell the Abbott government what you think (last day to get your submissions in.)

Alternately, the critics (reneweconomy) say that the 7 year contracts won’t deliver in time, and it won’t meet the delusional ambits the Climate Change Authority that were put out yesterday. They were uncosted fairy wish-list aims, released by a group that is essentially an advertising panel set up by the previous Labor government. Predictably, the group announced a new pie-in-the-sky target. Today, critics of the carbon auctions can say (vaguely) “but it won’t meet the targets” which has all the right PR buzz-words, if not much relevant meaning.

Jo Nova is 100% powered by donations from people like you