The man who uncovered the 80 years of missing empirical data on ocean pH is Mike Wallace. That hidden data suggested the ocean had been getting slightly more alkaline in the 20th Century –the opposite of the man-made acidification theory — but that pH change hasn’t been a linear shift. The pH has been cycling up and down, and on his blog back in February Wallace suggested that the pH of the ocean was varying naturally as the PDO cycled*.

It’s an interesting theory. He’s used the PDO index and his global ocean pelagic zone pH time series chart that was based on 1.5 million pH readings.

It’s nice to watch a real scientist at work. His blog is worth a look. 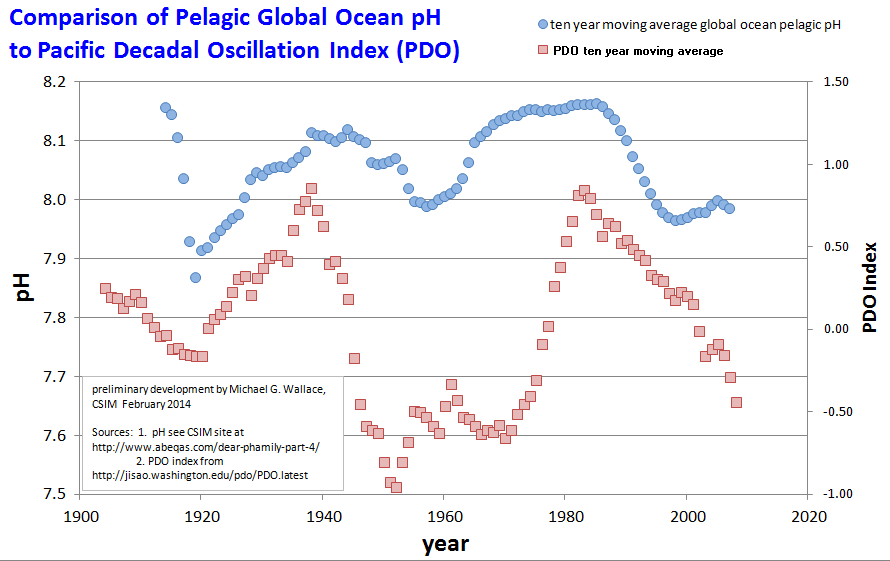 *PDO means Pacific Decadal Oscillation – the 15 – 30 year long cycles of warmer or cooler sea surface temperatures in the northern Pacific. In a positive phase the western side is cool and the east is warmer, it rains more in California and less in Australia. The negative phase is the opposite.