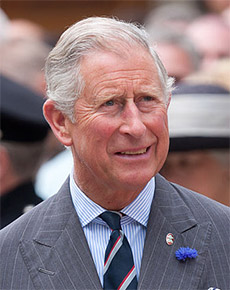 Switch off your brain, Prince Charles has said you are a headless chicken if you do not accept what political committees tell you to think.

The heir to the throne, a dedicated environmentalist, accused “powerful groups of deniers” of mounting “a barrage of sheer intimidation” against opponents.

So one of the richest men in the world, future ruler of nations, feels bullied by unfunded volunteers? Such bravery from our next Head of State. (I’m not Monarchist or Republican, but if Charles keeps talking, that could change.)

This is the same old argument: authorities want us to believe authority, while stupid punters ask for data instead.

Using all the inductive reasoning he could muster, Charles admits he cannot figure out why everyone does not accept the pronouncements of people who hide declines, data, emails and methods:

Charles said it was “baffling … that in our modern world we have such blind trust in science and technology that we all accept what science tells us about everything – until, that is, it comes to climate science”.

We can only assume this eloquence and insight is a product of the best education the British Isles establishment could offer. That’s not just one, but two forms of namecalling, you headless chicken deniers. How could you possibly disagree?