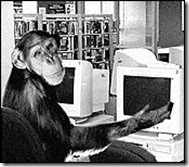 The backdown continues. Faced with the ongoing failure of their models, the search rolls on for any factor that helps “explain” why the official climate scientists are still right even though they got it so wrong.  The new England et al paper endorses skeptics in so many ways.

As usual, the models still can’t predict the climate, but they can be adjusted post hoc with new factors to trim their overestimates back to within the errors bars of some observations.

As I said nearly 2 years ago, Matthew England owes Nick Minchin an apology:

Nick Minchin: ” there is a major problem with the warmist argument because we have had rising CO2 but we haven’t had the commensurate rise in temperature that the IPCC predicted.”

Matthew England: “What Nick just said is actually not true. The IPCC projections from 1990 have borne out very accurately.”  Source Q & A  (36:30 mins)

[More on the 1990 IPCC predictions that were categorically wrong.]

Now Matthew England says what Nick Minchin said: “Despite ongoing increases in atmospheric greenhouse gases, the Earth’s global average surface air temperature has remained more or less steady since 2001.” And it’s published in  Nature Climate Change (a journal which also publishes work with the abusive, inaccurate, and unscientific term: “climate change deniers”, its scientific standards are that low). It’s a strange world where politicians and bloggers speak the truth about the climate before the Professors of Climatology. It is time to turn off the tap to unskeptical scientists.

The Trade-wind excuse in a nutshell:

1.  It is almost as if climate modelers finally discover the PDO cycle. Akasofu (and many many other skeptics) have been pointing out the obvious, and making predictions on it, for years.

3. Internal Variability means “we have no idea what is going on”.

This is the England et al explanation for the trade-winds:

The wind trend is thus probably due to both the recent change in the IPO (associated with a change in ENSO statistics23 and forced by internal variability, and/or external forcing such as volcanic emissions, solar irradiance and aerosols), along with other factors, such as recent rapid warming in the Indian Ocean24,25.

Essentially they say that the winds are driven by something inside or outside the Earths climate, but they don’t know what. Neither ENSO, the IPO are forces like radiation or magnetism, they are effects of other forces. We know not what.

4. If trade-winds take heat from the sky, then trade-winds can add heat in the sky too. How much were trade-winds responsible for the heating that occurred before the pause? How much less powerful is CO2 as a driver?

Partly the answer lies in figure 5. The dotted red line is the model predictions that billions of dollars are invested in, and which turned out to be so wrong. The black solid line is the observations. The new green and blue lines are the post-hoc adjusted guesses. The spaghetti mess is what they are sure will probably, possibly, maybe happen.  By 2020 it will be somewhere between 0.8C warmer and the same temperature as today. All answers in between are “right”.

Figure 5 | Recent annual average global air temperature anomalies and Pacific wind trends compared with model projections. a, Observations are shown as annual anomalies relative to the 1980–2012 mean (grey bars) and a five-year running mean (black solid line). Model projections are shown relative to the year 2000 and combine the CMIP3 and CMIP5 multi-model mean (red dashed line) and range (red shaded envelope). The projections branch off the five-year running mean of observed anomalies and include all simulations as evaluated by the IPCC AR4 and AR5. The cyan, blue and purple dashed lines and the blue shading indicate projections adjusted by the trade-wind-induced SAT cooling estimated by the ocean model (OGCM), under three scenarios: the recent trend extends until 2020 before stabilizing (purple dashed line); the trend stabilizes in year 2012 (blue dashed line); and the wind trend reverses in 2012 and returns to climatological mean values by 2030 (cyan dashed line). The black, dark green and light green dashed lines are as per the above three scenarios, respectively, only using the trade-wind-induced SAT cooling derived from the full coupled model (CGCM). Shading denotes the multi-model range throughout. b, Normalized histograms of Pacific trade wind trends (computed over 6 N–6 S and 180–150W) for all 20-year periods using monthly data in observations (1980–2011) versus available CMIP5 models (1980–2013). The observed trend strength during 1992–2011 is indicated.

So, what if it cools before 2020? Based on past behaviour climate scientists cannot be wrong. They will find another post-hoc reason to explain why they were really right, except for this one new factor.

There goes the high climate sensitivity models (skeptics were right)

The model is equilibrated for more than 3,000 years with atmospheric CO2 fixed at pre-industrial and then
integrated during 1780 – 2030 following historical CO2 forcing (1780 – 2000) and then the CMIP3 A2 emissions scenario 46 from the year 2000 onwards. The model’s overall climate sensitivity is at the low end range of CMIP3 models (reaching 2.1 C warming by 2090 – 2099 relative to 1980 – 1999); however, as our interest is on the cooling impact of the wind-perturbed experiments relative to the control, low climate sensitivity has little bearing on the results.

How unprecedented are those trade winds?

Bob Tisdale points out they are unprecedented among observations that were largely never observed. There are few measurements of wind shear in the central Pacific before the satellite era:

England et al. (2014) show the outputs of reanalyses of wind stress anomalies in the bottom cell of their Figure 1.  The wind stress anomalies are for the region bordered by the coordinates of 6S-6N, 180-150W.  As you’ll recall, a reanalysis is the output of a computer model. It is not data.  Data are used as inputs to reanalysis. Unfortunately, there is little source wind data for the eastern equatorial prior to the 1960s. Thus the need for England et al. to rely on reanalyses.

England et al, even admit it (but not in the press release eh?):

In both reanalysis products shown, the recent multidecade acceleration in Pacific trade winds is the highest on record, although estimates of observed winds are not well constrained by measurements previous to the satellite era…

The PDO has a sixty year cycle. There were almost no wind shear measurements in the first half of the only cycle we have good measurements for or during any part of the last cyclical peak. Thus the term “unprecedented” is technically true, in the same sense that “you might win lotto” is. Practically, it is misleading and dishonest, unless you read the fine-print. Business as usual then?

Like a thousand monkeys typing McBeth, Monkey-modeling can generate anything

Anything, this is, except an accurate prediction.

Here’s how it works — Monkey modelers make a guess, get it wrong, but instead of tossing the model or reassessing all their forcings they fish for new factors to conscript to get the least-worst outcome. The new factors are not necessarily forcings (which gives the monkeys lots of scope) but could be any half-credible variable that happens to show the right slope on the graph at the right time. There are a thousand leading indicators in our planetary climate, not to mention a million ways to measure them. By cherry picking the magic factor, the “predictions” change post hoc to fall “within the error bars” and can again be called “consistent” – at least until the next time they fail. Et Voila:  a new paper, a conference keynote, a two week junket and a three year grant. Blessed are the ABC for they have another pointless press release to be vacuumed and shared. Thanks go to the ARC for funding the monkeys*.

Since monkey-models can selectively conscript new factors into models when convenient, by opaque modeling, the technique can work indefinitely as an elaborate form of excuse making that could prop up a wrong theory forever. It doesn’t prove the theory right or wrong, but supports its golden Unfalsifiable Status. There will always be some new factor that can be brought into explain posthoc any failure of the theory. (This is especially so if the code is opaque and the new factor is not too compatible with past periods when the previous version worked ok.)

*No animals were used or abused in making this model, except for hapless taxpayers.

The same cannot be said for the data.

PS: Yes that is a chimp in the photo, not a monkey.