Another cycle of the Climate Change Scare Machine is laid bare.  David Rose explains how those lobbying and advising the government on green policies are benefiting from green projects. It’s all in the  Daily Mail. The Green Industrial Complex has simply bought everyone off, and, cleverly, done it with your money. 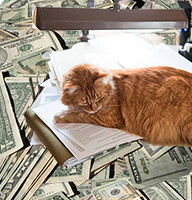 It’s the new business model really. Why work for customers and compete in the free market? Instead scare the public, sell them the “answer”, and to make sure they pay, convince the government that you need grants and gravy (or you’ll call them names). Pretty soon, the government forces the public to pay, disguises and splits the payments into a thousand parts, and tells the people it is for their own good. The fun ramps up when the government hires you back to advise it on how to keep the gravy flowing to you.

What is really mindboggling is that it’s so blatant. Many of these connections “exposed” by Rose are listed on the CCC website, the conflicts are obvious. Why it wasn’t exposed years ago? As I keep saying, the problem is not so much that there are people on the take (there always will be) the real issue IS the media. Someone tell me why the British Public pays the BBC news service?

“The fatcat ecocrats exposed: Web of ‘green’ politicians, tycoons and power brokers who help each other benefit from billions raised on your bills

“No institution plays a greater role in dictating green energy policy than the Committee on Climate Change (CCC) – the body set up by Ed Miliband when he was Labour Energy Secretary through his 2008 Climate Change Act.”

“Amazingly, almost half the CCC’s members, whose decisions affect every UK citizen and the entire economy, have been paid by firms with green interests. They are all paid £800 a day for their part-time CCC work,  except for chairman Lord Deben, who gets £1,000.”

“Among the most astonishing features exposed by our investigation is the way in which vehement advocates for radical policies designed to curb global warming are making huge sums of money from their work. Here are some of the key  figures among the new breed of  fat-cat Ecocrats…”

For the non-UK’ers the full membership of the Committee on Climate Change includes the following: 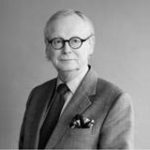 David Rose writes: CCC chairman Lord Deben, 74, was until recently chairman of Veolia Water UK PLC, which connects windfarms to the National Grid.  According to energy expert Professor Gordon Hughes of Edinburgh University, the drive to renewables means new grid investment will reach £25 billion by 2020. Deben has refused to state how much Veolia paid  him. Company records say he resigned on November 12. His spokeswoman said that this was because the firm was being merged with a sister firm.

He remains chairman of his family consultancy firm Sancroft, which advises companies on ‘global environmental policy’. When he took up his CCC post, he resigned as chairman of offshore wind firm Forewinds. 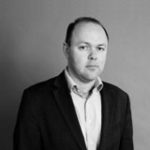 David Kennedy (Chief Executive) Was an economist with the World Bank and the European Bank.

Jo notes that the World Bank clearly loves the idea that it needs to get money from taxpayers and hand it out to friends to save the planet. As I said before: Why would the World Bank be interested in promoting fear of man-made emissions? Could it be that they manage millions of dollars of funds and facilities, all of which would be pointless if man-made emissions are not a catastrophe waiting-to-happen. The World Bank published an annual report on the State of the Carbon Market and generated much PR and many headlines in the media, that is, until the carbon market collapsed and the World Bank didn’t want the world to notice, so they canceled the report. 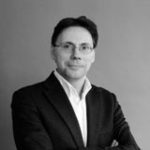 Professor Samuel Fankhauser  Co-Director of the Grantham Research Institute on Climate Change at the London School of Economics and a Director at Vivid Economics.

Rose writes:“Sam Fankhauser, 49, is a professor at the London School  of Economics’ Grantham Institute on Climate Change, funded by the radical green billionaire Jeremy Grantham – the world’s most generous donor to green activist groups.Prof Fankhauser admits he is paid an undisclosed sum as a director of Vivid Economics, which offers business clients advice on how to respond to green Government policies – such as those set by the CCC.” 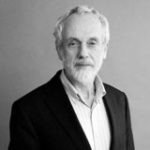 Sir Brian Hoskins, a fierce critic of climate sceptics, is a climatologist at Imperial  College, London, where he is director of another institute funded by Grantham.

Jo notes that The Grantham Institute is an activist group founded by Jeremy Grantham with a £12m donation in 2007 from his foundation. His green views are well known and he also donates to The Sierra Club, Greenpeace, and WWF. The Grantham crowd call people they disagree with “deniers” and they  dodge debates. We can safely guess that anyone paid by The Grantham Institute would not be popular at the office if they pointed out some flaws in climate policy or renewable energy. The Grantham Institute employs Bob Ward who has been caught promoting untruths with rank hypocrisy and who used his previous position at The Royal Society to pretend he spoke on behalf of UK’s top Scientists in order intimidate Exxon and stop them funding people with different views to himself. Hey it was a good way to close down free speech on science. Shame about the reputation of The Royal Society.

The Grantham Institute also gets government grants, and we can assume it would not exist at all if it were widely believed that CO2 had little effect on the climate. The Institute is widely referred to as “independent” by the media — though I defy anyone to find one rational reason why it should be. 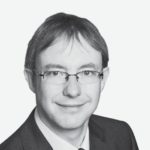 Paul Johnson  is the director of the Institute for Fiscal Studies. 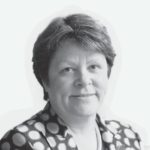 Rose reports: “Dame Julia King, 59, is also  a director of the Green  Investment Bank, for which she is paid £30,000 a year on top of her £272,000 salary as vice chancellor of Aston University. The bank, funded by taxpayers to the tune of £3.8 billion, has investment in offshore wind as  a ‘top priority’. The more the CCC’s rulings favour renewable subsidies, the better the bank is likely to do.” 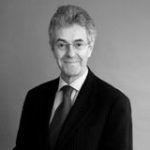 Professor Lord Krebs Kt FRS, A zoologist who from 1994- 1999, was Chief Executive of the Natural Environment Research Council. He is chairman of the House of Lords Science & Technology Select Committee. 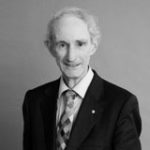 Professor Lord May of Oxford, OM AC FRS (was President of The Royal Society).

Rose writes:  “…a former Government chief scientific adviser, is paid an undisclosed amount as a member of the ‘Sustainability Board’ of the global banking giant HSBC.  In the section of its website  that deals with its  ‘sustainability’ work, the bank lists its four biggest green business opportunities.  Top of the list is ‘low-carbon energy production such as  bio-energy, nuclear, solar and wind’ – all directly affected by the CCC’s edicts.”

JoNova says:  What chance did the Royal Society have?  Picture HSBC’s enthusiasm for paying him if he announced the climate models were useless, and the empirical evidence disagreed. 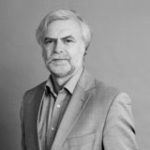 Jim Skea is also at Imperial, where he is Professor of Sustainable Energy, and was launch director of the Low Carbon Vehicle Project.

Probably my favorite line in Rose’s article was “A CCC spokeswoman said it  had ‘rigorous checks and balances to ensure that there are no conflicts of interests for committee members’.” That, I think, tells you all you need to know about the integrity and honesty of the CCC.

The Green Industrial Complex has a wide web

It’s good to see this information (which has been discussed at Bishop Hill, here, here, and here) finally get into the mainstream media. The public are going to be angry when the shonky donkey that is green activism is exposed properly.

Read it all at The DailyMail