From Australia Christmas Cards to Europe and the US were $1.60 last year.    In 2013 it’s $2.55.  I have never seen a rise like it. Back in 2000, it was just 80c each card.  Normally postage stamp prices creep up with inflation. The fit is so good, historians often track inflation through stamp prices — see here for Germany in 1923. When I wanted a monotonic rising line to “correlate” with temperatures, US stamp prices were the obvious first choice.  To give you some idea of just how well stamps and inflation go together, consider that US post is contemplating raising prices faster than inflation, and that is so unthinkable it made the news in the Wall St Journal last month. But here in Australia, this monster leap has appeared virtually without a comment… 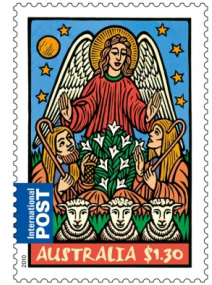 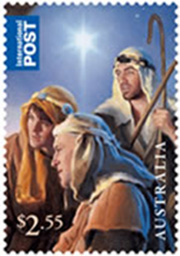 In true bureaucratic form, Australia post has a handy online postage calculator, where I couldn’t find the price of Christmas stamps or postcards either. (This page is what you need.)

Does it mean much?  Who knows? Domestic stamp prices are fixed I hear, so it’s likely Australia Post is pushing up international rates more than it would if they were free to push any and all prices up. Nonetheless, the Australian CPI was just 2.2% in the last year, not 52%. (Theoretically anyway.)

By the way, the possible new US rates being discussed in the WSJ:

The Australian dollar is not that different in value to the US one, so bizarrely it is possible to send two letters to Australia for the same price as sending one back to the US. Do those letters go on the same planes?

Lucky inflation is under control that’s all I can say.