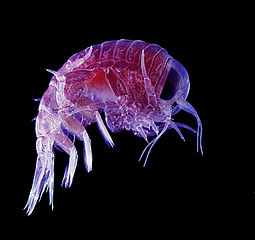 Despite the fuss about CO2 emissions, on a global scale no one is quite sure where a lot of it ends up. Those mystery “sinks” draw in a large proportion of CO2. Here’s a big sink that just got twice as big.

Science Daily  Mar. 17, 2013 — Models of carbon dioxide in the world’s oceans need to be revised, according to new work by UC Irvine and other scientists published online Sunday in Nature Geoscience. Trillions of plankton near the surface of warm waters are far more carbon-rich than has long been thought, they found. Global marine temperature fluctuations could mean that tiny Prochlorococcus and other microbes digest double the carbon previously calculated.

The trouble started when someone made an assumption.

In making their findings, the researchers have upended a decades-old core principle of marine science known as the Redfield ratio, named for famed oceanographer Alfred Redfield. He concluded in 1934 that from the top of the world’s oceans to their cool, dark depths, both plankton and the materials they excrete contain the same ratio (106:16:1) of carbon, nitrogen and phosphorus.

But as any gardener who has done a soil test knows, amounts of those elements can vary widely. The new study’s authors found dramatically different ratios at a variety of marine locations. What matters more than depth, they concluded, is latitude. In particular, the researchers detected far higher levels of carbon in warm, nutrient-starved areas (195:28:1) near the equator than in cold, nutrient-rich polar zones (78:13:1).

“The Redfield concept remains a central tenet in ocean biology and chemistry. However, we clearly show that the nutrient content ratio in plankton is not constant and thus reject this longstanding central theory for ocean science,” said lead author Adam Martiny, associate professor of Earth system science and ecology & evolutionary biology at UC Irvine. “Instead, we show that plankton follow a strong latitudinal pattern.”

A we farming plankton next? Will we get carbon credits? 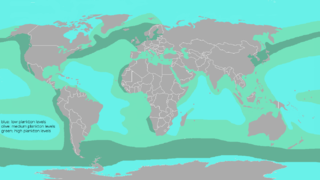 The point here is that there is a $176 billion dollar annual turnover in a market that depends on carbon accounting models which don’t even have the basic big numbers right. Then there is an assumption that human emitted CO2 will raise global CO2 levels. What if our small extra emissions are mostly swallowed up by plankton (and other as yet unknown sinks). What if CO2 levels are controlled by temperature, not by your SUV?

This is about the folly of thinking we know what is going on.