How independent is this project?

Would BEST have ever seriously published a study showing anything other than a scary warming trend?

This is emblematic of how fans of Climate Change Scares present their efforts with half-truths — lines that are technically “correct” but leave an impression that may be the opposite of the real situation.

Elizabeth Muller is listed as “Founder and Executive Director” of the Berkeley Earth Team along with her father Richard Muller. But since 2008 it appears she’s been earning money as a consultant telling governments how to implement green policies, how to reduce their carbon footprint and how to pick “the right technologies” – presumably meaning the right “Green” technologies. 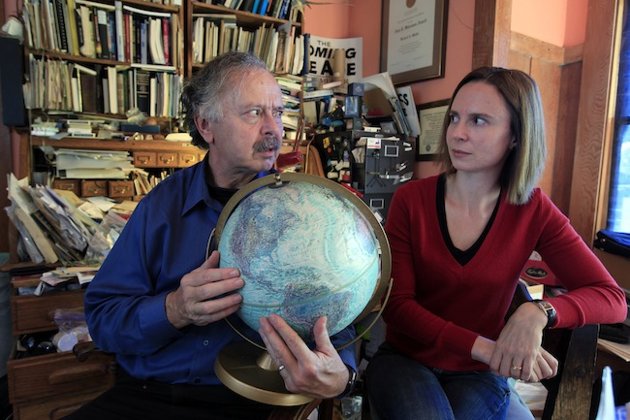 She registered their website and tried to register the trademark herself.

“GreenGov™ is a service offered by Muller & Associates for Governments, International Organizations, non profits, and other organizations that work with Government. The aim is to provide politically-neutral counsel that is broad in scope while rooted in the hard facts of state-of-the-art science and engineering. The key is to make the right patch between the best technologies and the strengths of the government. We know that to be effective the political dimension must be integrated into the technical plan from the start.”

From her “speakers profile”:

“GreenGov provides interdisciplinary knowledge that helps clients determine the best technology for their specific need.
Elizabeth has designed and implemented projects for public sector clients in the developed and in the developing world, helping them to build new policies and strategies for government reform and modernization, collaboration across government ministries and agencies, and strategies for the information society. She has developed numerous techniques for bringing government actors together to build consensus and implement action plans, and has a proven ability to deliver sustainable change in government.”

“Green can be profitable”

“It’s not just about reducing the Carbon footprint for information and communication technologies – though this is also important. But the real breakthrough for Green ICT will be in helping build consensus among stakeholders, and to bring clarity and transparency to “Green” projects.”

Strangely, Elizabeth forgot to mention this on her Berkeley Biography. She said she has advised governments, but not that the aim of that advice was to reduce their carbon footprint, and to select the right green technology. The current organization she lists on her Bio is called CSTransform which is neutrally vague about its aims, except that it’s obviously feeding off Big-Government, so scientific results that suggested that Governments don’t need to save the world by taxing and charging people would not seem to be her first priority. In her bio on the CSTransform site, it does mention her green desires: Elizabeth Muller is a ” leading expert in how governments can use ICT to develop a more sustainable, lower-carbon future.“ Evidently she has not had a skeptical conversion anytime in the last four years, but was happy to work with her Dad, which presumably would have been a very non-obvious thing to do if he was a “skeptic” as he claims he was.

Naturally Elizabeth would be delighted to discover that there was little evidence that a low carbon future was beneficial, necessary or even worth promoting and we are sure she would have overseen BEST in an utterly impartial light. /sarc

Muller and Associates repeat that they are “politically neutral” and “non-partisan”, but it’s obvious that they benefit from big-government policies, and the bigger the better. It would be hard to imagine them welcoming political policies aiming for a smaller government. That would rather turn off the tap, eh?

Perhaps most damning of all (in terms of their judgement) is that Richard Muller and Elizabeth Muller thought they could get away with it. Did it really not occur to them that skeptics would not find their alarmist comments and green companies on the world wide web? Did they really think they would escape with their credibility intact?

Bottom line: Of course, none of this personal information tells us anything about the accuracy of the BEST results, or about the global climate, but it does tell us about the accuracy of the message and PR announcements. BEST stress that they are independent and transparent and non-profit, but don’t mention that Elizabeth’s career has profited from findings that support the “climate change scare”. The BEST team are happy for the media to rave about how Richard Muller was “converted” (even though he was never really skeptical) but not too keen to say that Elizabeth has confirmed her strongly held position in spades.

From the BEST FAQ (my bolding)

“Berkeley Earth Surface Temperature aims to contribute to a clearer understanding of global warming based on a more extensive and rigorous analysis of available historical data.”

“We believe that science is nonpartisan and our interest is in getting a clear view of the pace of climate change in order to help policy makers to evaluate and implement an effective response. In choosing team members, we engage people whose primary interests are finding answers to the current issues and addressing the legitimate concerns of the critics on all sides. None of the scientists involved has taken a public political stand on global warming. “

It also tells us something about people who write off skeptical results because they are supposedly “funded by big oil”, but rave about the BEST project. If they are so concerned about “vested interests” why do they only protest about one sort of “interest”?

Thanks to the person who sent the tip. I can’t find your email to thank you! Sorry 🙁