Almost all the coverage of the Muller and BEST results confounds three different points, is poorly researched and mixes up cause and effect. Richard Muller is shamelessly promoting himself as something he is not, and his conclusions are nonsense on stilts that defy rational explanation.

Everyone knows hot air rises off concrete, yet scores of people get befuddled by statistics. The maths-talk is irrelevant. If your analysis tells you that thermometers next to combustion engines and industrial exhaust vents is recording global warming — your analysis is bunk, and we don’t need a peer reviewed paper to say so. 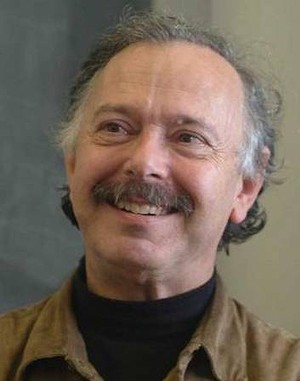 As far as public policies go the only point that matters is 3, but most of the conversation is about 1 and 2. Worse, most journalists and many so-called scientists think evidence for warming is the same as evidence that coal fired power stations did it. How unscientific.

We need to deal with each claim separately.

1. He’s a converted skeptic. No he’s a dishonest alarmist.

Thanks to PopTech for compiling the “Truth on Muller”.

No skeptic I’ve met said that “… carbon dioxide from burning of fossil fuels will prove to be the greatest pollutant of human history. It is likely to have severe and detrimental effects on global climate.”  (Richard Muller, 2003).  So perhaps he became a skeptic later? Not so much. Richard Muller, 2008: “There is a consensus that global warming is real. …it’s going to get much, much worse.”

The defining mark of a skeptic is that they never believe simply because there is a “consensus”.

UPDATE: See my new post on how Impartial his daughter and co-founder of BEST is: Elizabeth Muller (Director of BEST) ran a “Green government” consultancy.

This is the only point Muller has any basis for at all. But how embarrassing. We didn’t even need Watts extraordinary new study (which found the US was warming by half the official rate) — we just needed those photographs he’s collected over the years, that no newspaper is brave enough to publish. If a high school science project used thermometers like these, we would fail it, but when NOAA — the $4b a year agency — does the same thing, they can afford to publish 200 pages of statistical chicanery to pretend that 2 square kilometers of tarmac doesn’t heat up on a daily basis, adding 2 to 10 degrees of noise to a signal that’s measured in hundredths of a degree.

I mean, we are kidding aren’t we? We’re talking of a global rise of 0.9°C over 100 years, and half the thermometers “measuring” that are at huge-heat-sink-airports that didn’t exist in 1910.

3. That it’s mostly due to man-made emissions.

He has no evidence, except the weakest of weak correlations. It’s weak reasoning that depends on weak evidence.  The correlation is not very good. Not only did the warming start 200 years before the emissions, but it declined as the emissions increased in the 1940s and it’s flattened in the last decade  even though emissions are higher than ever. Solar magnetic effects fit the rises and falls of temperature much better than the monotonic CO2 increases. And on a year to year basis the CO2 increases appear to be determined by the global temperature, not the level of human emissions. Not to mention postage stamps.

The Sydney Morning Herald writer Ben Cubby interviewed me yesterday. Their history of coverage of “climate change” is so one-sided that it’s a marked improvement just to have a very short article that tries to cover both positions. Sure my comment about the poor quality of US stations was followed by an irrelevant and misleading comment from the Australian BOM about Australian stations. But at least Muller’s information was not accepted as is. (The Australian BOM has not done or published individual site surveys, and they have not released explanations of why they adjust individual stations even though skeptics have asked them. They claim their adjustments are neutral and yet the unexplained “corrections” increase the trends by around 40%. So they are misleading in claiming the information is all available for scrutiny. It isn’t. And how can they claim to have removed the worst stations without a comprehensive survey of the stations in the first place?)

Ben Cubby deserves points for actually phoning skeptics. It’s not something many believer journalists do. It’s a start. We’re coming off a very low base, but the conversation has begun. Perhaps we’ll have that debate one day that is said to be “over”.

See all the posts about Australia’s BOM

*Lest anyone mistake this for an ad hom: Muller’s scientific work lives and dies through the strength of his statistics, his accuracy and his logic and reason. But Muller’s opinion on the science  —  that’s only as good as his character.