UPDATED: Former CSIRO researcher talks about the lack of freedom to speak against the government.

See Angry Anderson’s speech and Art Raiches speech about the decline of CSIRO:  Art Raiche on CSIRO Canberra Protest. Dr Raiche talked of the days when the CSIRO was a world class organisation and worked for Australia, Agriculture and Industry.

“Management learned how to bring the most senior climate scientist under their control. It was OK to think independently…as long as Management approved of it.

We were given very strict, VERY strict guidelines on not publishing anything or publicly discussing any research that could be seen as critical to Government policy.If we did not do it, we would be subject to dismissal.

We had now become a Government Enterprise. We were told by the Chairperson that we Scientists no longer worked for Australia, we had to learn that we worked for the CSIRO.”

This is a protest to set records. For these vehicles in Perth, it’s 4 days of driving nearly every waking hour (and another 4 days minimum to return). The cost of petrol, accommodation, wear and tear and camper-hire, not to mention time-off-work, mean you need to be very very motivated to take part in the Convoy of No Confidence from so far away. We were pleased with the turnout in the darkness this morning!

Perth Now covered the convoy too.

Trucks gather in the predawn light 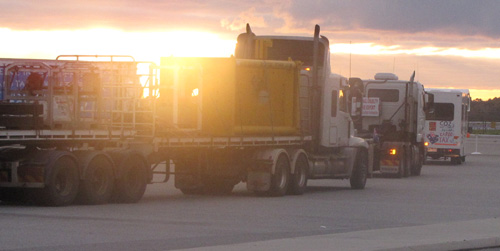 Trucks begin to roll at the crack of dawn

These people are always on time. 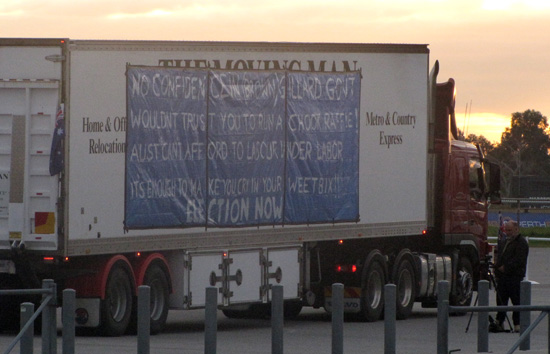 This message is travelling across the continent:

No Confidence in (Brown) Gillard Govt

Wouldn’t trust you to run a chook raffle!

It’s enough to make you cry in your Weetbix!

There are a lot more photos…

Perth Now covered the convoy too. No Confidence in this puppet government 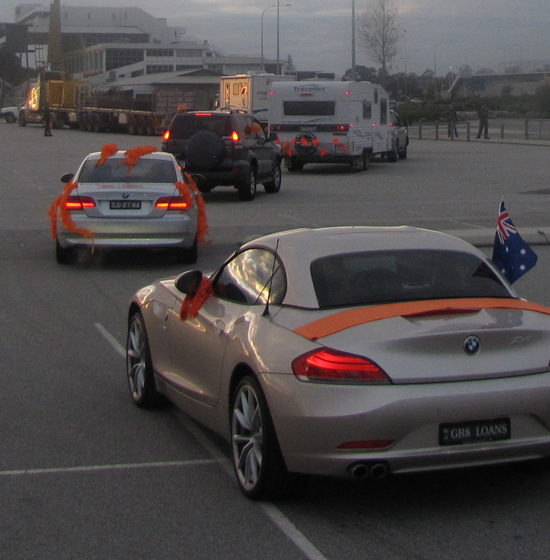 The cars begin to snake out 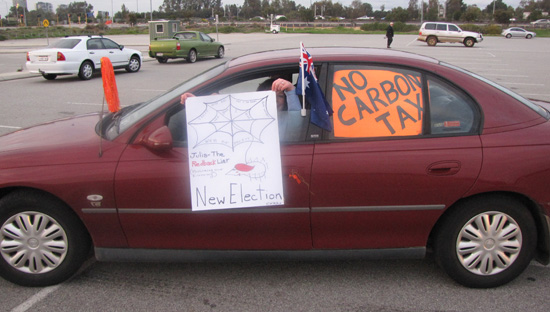 Perth Convoy of No Confidence

Thanks to Lawrie Ayres, and Peter Jeffries for the Canberra Photos