“Speedy” in comments on this site has done a better than excellent job of satirizing the satirists (Clarke and Dawe), so I’m reposting one of his comments here for those who missed it. See the bottom of the post for the background on the duo he is satirizing and a youtube of them. Speedy has very much captured their style. 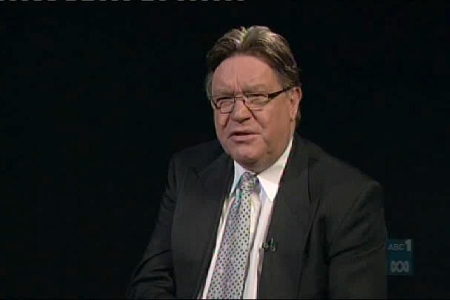 Bryan: What’s wrong with it?

Bryan: No it isn’t. I was using it this morning.

Bryan: For drying the washing out the back.

John: Spoken like a true layperson! What you have just witnessed was not the working of an healthy climate, but a clear manifestation of catastrophic global warming! Scientists warn that if current trends continue, solar drying of your clothing will cause it to be not only dried, but pressed and lightly toasted as well!

Bryan: You know what?

Bryan: I don’t believe you.

John: You have to believe me!

John: The IPCC, the climate science, the models…

Bryan: What about the models?

Bryan: What makes you say that?

John: They all reach the same conclusion – they agree with each other.

Bryan: They don’t happen to use the same input numbers, perchance?

John: There is a level of collaborative effort, yes.

Bryan: And they all use atmospheric CO2 level as a major input?

John: Because atmospheric CO2 level is a significant driver of global climate.

Bryan: So what do all of these “robust” models conclude?

John: That atmospheric CO2 level is a significant driver of global climate.

Bryan: Funny that. You know what?

Bryan: I don’t believe you.

Bryan: Which goes back how far?

John: As early as 1850 – the dawn of the Industrial Revolution.

Bryan: Even though global temperatures have gone down, as well as up, during that period?

John: The downward cycles were simply the earth’s natural variation.

Bryan: But the upward cycles are global warming?

Bryan: No chance that the upward cycles aren’t natural variation as well?

John: Of course not! They wouldn’t be man-made then, would they? And anyway, the trend for the last 150 years clearly shows a long term warming trend, interspersed by some decades of cooling.

Bryan: Sort of expected. If you’re coming out of a little ice age, then you expect things to be warming up. Otherwise you’d still be in the little ice age, wouldn’t you?

John: I think you’ll find that the little ice age (LIA) did not, in fact, occur. Plus, it was only a localised event of a strictly transient nature. The peer-reviewed literature clearly demonstrates a stable global climate up to the time of the Industrial Revolution.

Bryan: You mean the hockey stick? Don’t make me laugh!

John: This is no laughing matter, my good man. The peer-reviewed literature clearly shows that temperature was benign and stable until the intervention of mankind.

Bryan: You mean YOUR peer review literature? As reviewed by people who are paid to agree with it? As discussed in the Climategate© emails? As distinct from the geological, sociological, archeological, oceanographic and historical evidence to the contrary?

Bryan: Suit yourself, but I still don’t believe you.

Bryan: Of course. And they’ve been rising for about 8000 years – just after the end of the last major ice age. Haven’t noticed anyone taking a walk from Russia to Alaska lately, have you?

John: The Barents Sea would be a bit of a problem, no.

John: I reject your reality and substitute my own.

John: No, I’m a Climate Scientist. And if you don’t believe me, just look at all the catastrophic climate events over the last 20 years. The droughts. The heat waves. The glaciers. The snowstorms. The floods. Can’t you believe your own eyes?

John: The floods and snowstorms were only weather events, of course.

Bryan: Just like the decline or plateauing of the global temperatures these last 10-15 years, I suppose?

John: You are being very unreasonable – I can see this conversation is not going to take us anywhere. The science is settled, the debate is over. I think it better if I left now, without fixing your climate.

Bryan: OK, but before you go I’ll just give you a demonstration of the Carbon Tax.

John: Jolly decent of you.

Bryan: Care to show me your wallet?

John: Sure. [Pulls out wallet from pocket.]

Bryan: Now, I’d like you to open your wallet, close your eyes and think nice thoughts about Gaia.

Bryan: Thank you for saving the planet. [Shuts door.] And I still don’t believe you!

Speedy has done a guest post before: Parody in custard

Here in the land of OZ, on our ABC (public funded TV, ie arm of big-government) there is a duo called John Clark and Bryan Dawe who do a weekly prime-time spot. Their pattern is to pretend to be a politician or two and bat questions back and forward. At the bottom of this post is a Youtube video of them on “Climate Change” from two years ago. You can see an archive of them here. Deadpan is the usual delivery.

But because the ABC is about 20 years behind in the real news on Global Warming, Clark and Dawe work with the disadvantage of being ABC viewers.  This is a real handicap for comedians, since to be funny, you have to be one step ahead of the audience.

Thanks to Speedy for sharing his talent. He’s captured the pair’s “voices” and genre to a tee (even though I’d actually be shocked speechless if I heard them say this on the ABC).

Ha. This two year old video was available 1 hour ago. How odd. It’s now unavailable due to copyright issues. Remember taxpayers of Australia, you funded every part of this. (How did they take it down so quickly?)

Robert W, and George J have both found another copy of a Clarke and Dawe “Climate Change” video here. Thanks!