We come across these stories all the time: Those moments when the most well-intended ideas turned out to have a kicker of an outcome. It’s time to start organizing and filing them.

Money is a powerful fuel. But, some people think you can inject it into a human ecosystem, and that everyone will keep acting the same.  Like people are forgetting the feedbacks….

Here, one legislator describes the outcome of his own work as a “gigantic rort”, and another researcher uses the word blackmail. Meanwhile, two out of three children diagnosed with autism in Queensland are apparently not autistic.

It seemed like such a good idea at the time: Who could argue with extra funding for schools to help them teach children diagnosed with disabilities? But, alas, money can’t be tossed at any system without changing the system, and now in Queensland, children are three times as likely to be diagnosed with ASD (Autism Spectrum Disorder) as children elsewhere.

Disorder in the classroom on the rise 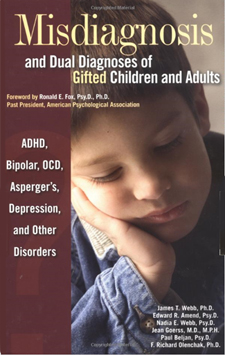 Teachers and schools take the carrot that’s dangled. They want the extra funding on offer, and some of them push hard on parents to get children diagnosed with ASD.  Parents and doctors get squeezed, and children may spend tender years growing to fill shoes they don’t fit.

From The Australian today, credit must go to Dean Wells for being so honest about the legislation he helped create:

Funding for autism in Queensland schools was championed by state Labor MP Dean Wells a decade ago, when he was the minister for education in the Goss government. He knew early intervention could change young lives, but he is now the most vocal critic of the scheme he created.

“I had my heart in the right place. It never occurred to me it would become a gigantic rort,” Wells tells Inquirer.

As the architect of the scheme, he feels a great sense of responsibility and disappointment. Many children who do not have autism have been labelled for life.

“It’s a mass defamation of an innocent generation,” he says. “It’s appalling. It is driven by the fact that to get resources out of the Department of Education you need to get a diagnosis.”

According to Queensland DET figures on state school funding, there is $510.9 million available this financial year to support students with disabilities with specialist teachers, therapists and teacher’s aides.

There’s no extra funding for ADHD (hyperactivity) or ODD (Oppositional Defiance Disorder) in Queensland, though in NSW right-next-door, there is both funding and, not coincidentally, diagnosis.

In Queensland it’s a case of where there is a dollar, there is a diagnosis, according to O’Keeffe. Despite the high levels of ASD in the Sunshine State, there’s not a single case of oppositional defiant disorder in Queensland schools. ODD is marked by a child’s ongoing pattern of disobedient, hostile and defiant behaviour towards authority figures that goes beyond the bounds of normal childhood behaviour. It exists south of the border in NSW because the disorder is recognised and funded in schools.

Don’t think I have any great answers, but New Zealand’s approach might avoid the whole quagmire that is “diagnosis” and labeling.

Wells suggests Australia look to New Zealand, where a verification system is in place for children needing assistance.

“In New Zealand, a teacher says this child is difficult to teach, for whatever reason, it is verified without a medical diagnosis and assistance is rendered. They don’t have kids labelled.”

Please dig out and list other examples of unintended consequences (readers will appreciate a wry explanation and a link if you can manage it). We need to raise awareness that governments can be dangerous entities, even if they are run by honest hardworking and compassionate people.

For those who want more specific information on the misdiagnosis of gifted souls, the book below is written by experts who work at the front line, and systematically lists the telltale differences between gifted children with eccentric behaviours, and children who are in need of some more specialized attention.

What it doesn’t really deal with is that some food additives appear to increase or exacerbate irritable children with stuttering, repetition, ADHD, sleep disorders. and a whole list of other symptoms.