A free one day seminar in Sydney on Climate Change.
Friday, October 1

Hosted by The Heartland Institute, it’s the fifth in a series of international conferences on climate change that Heartland has hosted since March 2008, and the first to be held outside the United States.

The seminar is part of the Pacific Rim Policy Exchange, sponsored by Heartland, Americans for Tax Reform, the Property Rights Alliance, and the Institute of Public Affairs. 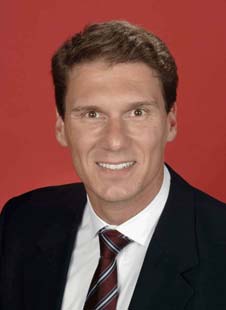 Senator Cory Bernardi is a Senator for South Australia.  He was one of the leading advocates within the Liberal Party who stood against the Rudd Labor Government’s Carbon Pollution Reduction Scheme.

In 2007 he wrote an essay entitled Cool heads needed on global warming, which called for a considered debate on climate change and drew national attention.

Before entering politics Senator Bernardi was a business owner and a financial adviser with a leading stockbroking firm. He established his own asset management practice and continued financial consultancy until he became a Senator.  Senator Bernardi represented Australia at the World Rowing Championships.

He has written three books: Fit for Life!; The Money Tree; and As I See It, Thoughts of a Conservative. He recently founded the Conservative Leadership Foundation – a not-for-profit educational, research and training organisation dedicated to developing Australia’s future leaders.

During his almost four years in the Australian Parliament, he has become known as a conviction politician who advocates strongly smaller government, lower tax and personal freedom built on the foundation of Judeo-Christian values. 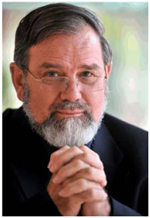 Author of Climate: The Counter Consensus. Bob Carter is a marine geologist and environmental scientist with 40 years’ professional experience.

He has held academic positions at Otago University and the University of Adelaide and is currently a research  professor at James Cook University (Queensland), where he was head of the School of Earth Sciences between 1981 and 1999. He is a former director of the Australian Office for the Ocean Drilling Program, the remier, world-best-practice research program for environmental and  earth sciences. Carter has served on many national and international research committees, including the Australian Research Council.

He is a former chairman of the Marine Science and Technologies Award Committee and the National Committee on Earth Sciences. He is an overseas honorary fellow of the Royal Society of New Zealand. Carter’s current research on climate change, sea-level change, and stratigraphy is based on field studies of Cenozoic sediments (last 65 million years) from the Southwest Pacific region, especially the Great Barrier Reef and New Zealand, and includes the analysis of marine sediment cores collected during Ocean Drilling Program Leg 181 in the South Pacific Ocean east of New Zealand.

Dr Chris de Freitas is a climate scientist at the University of Auckland, New Zealand, where he has been Head of Science and Technology at the Tamaki campus and four years as Pro Vice Chancellor.  For 10 years he was as an editor of the international journal Climate Research.

He has Bachelors and Masters degrees from the University of Toronto and PhD from the University of Queensland as a Commonwealth Scholar. He has been Vice President of the Meteorological Society of New Zealand and is a founding member of the  Australia New Zealand Climate Forum.  He is an advocate of open and well informed reporting on scientific issues. In recognition of this, he has three times been the recipient of the  New Zealand Association of Scientists, Science Communicator Awards and a Merit Award in Science Communication.

David worked for the Australian Greenhouse Office (now the Department of Climate Change) from 1999 to 2005, modeling Australia’s carbon in plants, debris, mulch, soils, and forestry and agricultural products.

Evans is a mathematician and engineer, with six university degrees including a PhD from Stanford University in electrical engineering.

The evidence supporting the idea that CO2 emissions were the main cause of global warming reversed itself from 1998 to 2006, causing Evans to move from being a warmist to a skeptic.

Joanne has 15 years of experience in explaining science as a professional speaker, TV host, radio presenter and book author. Her blog gets thousands of visitors every day and is read by politicians, journalists and professors. Her paper on Climate Money exposed fallacy that “big money” was with skeptics, and pointed out that the auditing of billion dollar programs was being done by volunteers.

After winning prizes in her science degree in molecular biology, Joanne joined the Shell Questacon Science Circus and spent five years touring Australia as a performer and then manager. As an associate lecturer at ANU Joanne helped to develop the Graduate Diploma in Science Communication in its earliest years. Joanne also hosted a TV series for children on Channel Nine, and has done over 200 radio interviews, many on the Australian ABC. Her favourite hands-on science experiments were published as a book in 2003. She wrote The Skeptics Handbook in 2008.

Over 220,000 copies of The Skeptics Handbook have been published, printed and distributed in the US, Australia, NZ and Sweden. It was done entirely pro bono, and volunteers have translated it into French, German (twice), Swedish, Norwegian, Finnish, Turkish, Japanese, Danish, Portuguese, Balkan, Spanish, Thai,  Lao, Czech, Vietnamese and Italian. More info: About Joanne Nova. 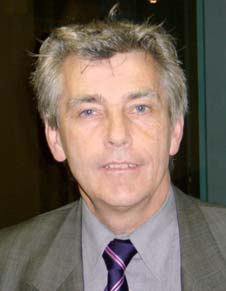 Jim Lakely is communications director for The Heartland Institute. He has nearly 20 years  experience in jouralism, including stints covering The White House and Congress for The Washington Times, writing editorals and columns for newspapers in Virginia and California, and serving as business editor for a trade magazine based in Los Angeles.

Jim joined Heartland in 2008 as managing editor of InfoTech & Telecom News and subsequently took on duties as a research fellow and the co-director of Heartland’s Center on the Digital Economy.
A native New Yorker, Jim considers Pittsburgh (where his family resides) his adopted home town.

A graduate of the University of Pittsburgh, Jim is an avid follower of his alma mater’s sports teams and a die-hard Pittsburgh Steelers fan. Jim and his wife make their home in Oak Park, Illinois, with an adopted racing grayhound and two cats.

Dr Moran is one of Australia’s best known commentators on the energy industry and over the past ten years has published over thirty major papers and addresses covering specific aspects of the industry. He is the Director of the Deregulation Unit at the Institute of Public Affairs.

An economist, he was previously a senior Australian government official with responsibilities which included regulation review and energy policy.

In addition to editing a recent book, “Climate Change, the Facts”, he has also authored four books, including three on environmental economics, and published dozens articles and submissions on privatisation, energy and other economic policy matters.