Are the small islands of the South Pacific in danger of disappearing, glug, under the waves of the rising ocean? Will thousands of poor inhabitants be forced to emigrate, as desperate refugees, to Australia and New Zealand? Has any of this got anything to do with man-made emissions of CO2?

By looking closely at the records, it turns out that the much advertised rising sea levels in the South Pacific depend on anomalous depressions of the ocean during 1997 and 1998 thanks to an El Nino and two tropical cyclones. The Science and Public Policy Institute has released a report by Vincent Gray which compares 12 Pacific Island records and shows that in many cases it’s these anomalies that set the trends… and if the anomaly is removed, sea levels appear to be more or less constant since the Seaframe measurements began around 1993. 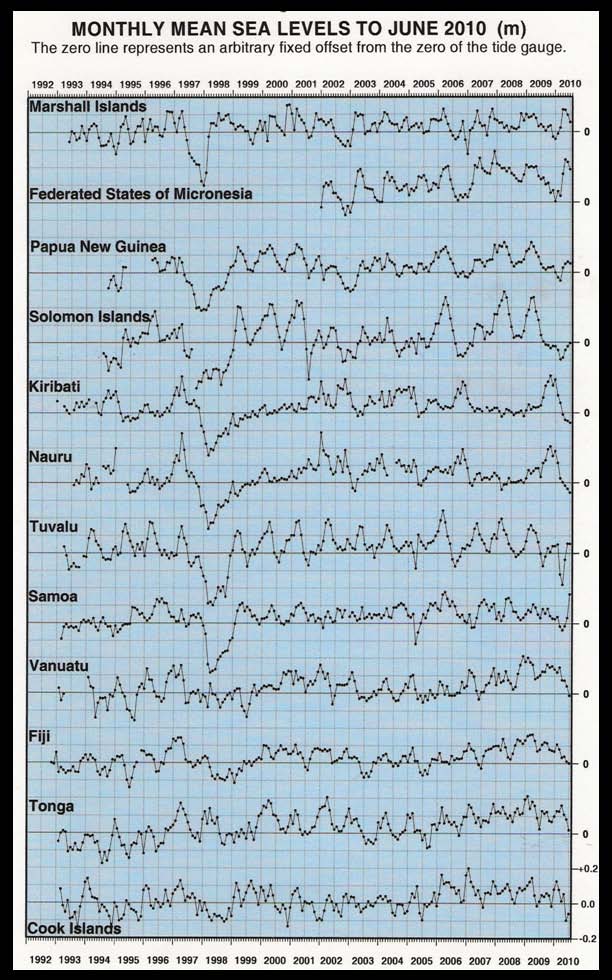 Take the infamous Tuvalu for example. It’s sea level rise was reported as 5.7 mm/year back in  2008. Now it’s calculated as 3.7mm/year. But look at the Seaframe Graph – its flat. It is universally forecast to disappear by 2050. New Zealand has even agreed to accept the “inevitable” rush of refugees, yet the best records available show that sea levels have not risen at all since 1993. It’s not that it will take decades, or hundreds of years to submerge, there’s no reason to suppose it will submerge at all (asteroid strikes excepted). It’s a place that naturally is reshaped and reformed as the ocean moves sand from one part to another, and the corals shift and grow with the changes.

There may indeed be legitimate refugees from some areas, but it’s most likely due to subsidence, rather than sea-level rises.

ABSTRACT
The SEAFRAME sea-level study on 12 Pacific islands is the most comprehensive study of sea level and local climate ever carried out there. The sea level records obtained have all been assessed by the anonymous authors of the official reports as indicating positive trends in sea level over all 12 Pacific Islands involved since the study began in 1993 until the latest report in June 2010. In almost all cases the positive upward trends depend almost exclusively on the depression of the ocean in 1997 and 1998 caused by two tropical cyclones. If these and other similar disturbances are ignored, almost all of the islands have shown negligible change in sea level from 1993 to 2010, particularly after the installation of GPS levelling equipment in 2000. 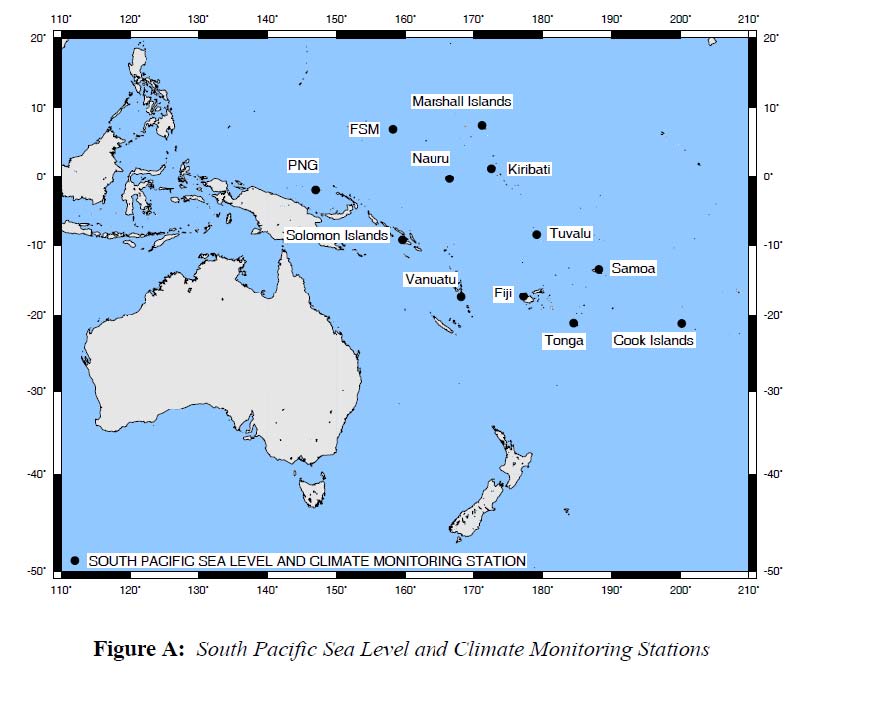 One of the big problems with measuring sea-levels is that everything is in motion. The tides shift, the sand moves, and even the bedrock can subside. The Seaframe stations are state of the art, and regularly checked to compensate for all these changes.

The Seaframe equipment used to measure sea levels is carefully recalibrated every 18 months to take these factors into account.

Precise levelling of the height of the SEAFRAME sea level sensor relative to an array of land-based benchmarks is undertaken by Geosciences Australia every eighteen months where possible. The precision to which the survey must be performed is dependent on the distance Km (km) between the SEAFRAME sensor benchmark and the primary tide gauge benchmark (TGBM) and forms part of the project’s design specifications. 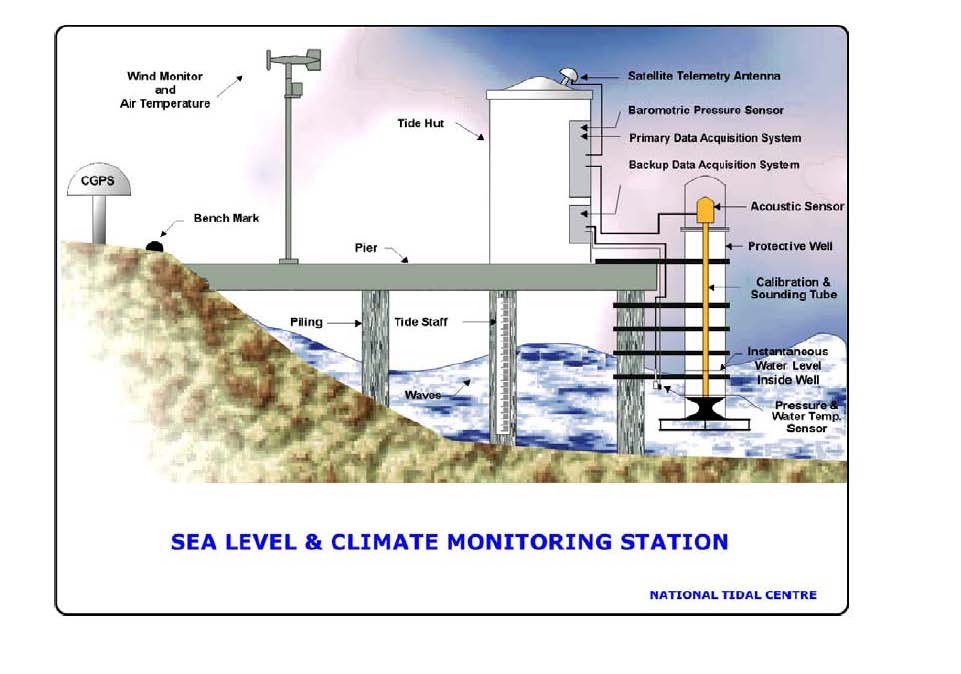 The people of Tuvalu are worried, and it appears, their anxiety and fears may simply be a product of those who want to draw attention to their own pet projects for their own selfish goals. Though the climate change fears have attracted some extra foreign aid to the country, how much of that filters through to the worried mums and dads, and how much just feeds the bureaucrats with their taxes?

We don’t want a mass migration but most people are worried for their kids. They see no future here in 50 years.

“If sea levels rise 0.5m in that time we won’t be entirely under water, but with king tides and storm surges we will be in severe trouble.”

The long-term future of Tuvalu as a viable nation is being considered by the Government.

No matter what was heating the Earth, sea levels would rise, the rise in and of itself tells us nothing about the cause of the warming. What’s amazing is that so much of our CO2 has been unleashed since 1993, yet at least in the South Pacific, it’s not clear that sea levels have risen.

Read the  full assessment of the South Pacific Sea Levels thanks to the Science and Public Policy Institute. [If the link doesn’t work, try this SPPI link].