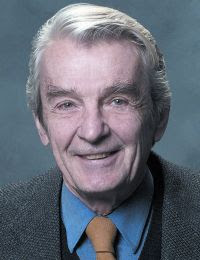 The guys at Popular Tech have done a Very Nice List. They’ve put together seven names of eminent scientists who are skeptical of man-made climate catastrophe, along with their stellar biographies and quotes. It tells us nothing about the climate, but before you write it off as just a fallacious appeal to authority, ponder that these eminent people are the same people that teenage tree-huggers would call “deniers”.

To see just how mindlessly puerile “denier” is, try the thought experiment of putting those-who-use-it in the same room as one of the more notable “deniers”.

Julia Gillard (the new PM downunder) used “denier” 11 times in one recent speech. So imagine she’s in a room talking with, say, Ivar Giaever. She studied arts and law, he got a PhD in theoretical physics two years before she was born, and won a Nobel Prize by the time she was nine. Picture him talking atmospheric physics and her telling him he’s a denier. 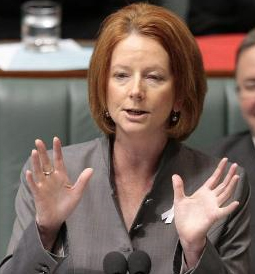 The arrogance of all those who use this inane form of name-calling ought be exposed for exactly what it is, a cheap tactic to intimidate people who disagree, and a big bluff. The smug conceit of “denier” implies that the answer is so obvious it’s not even worth discussing. Thus it’s main purpose is to stop people talking about the finer points, the pros and cons, the weight of the evidence.  It’s a form of censorship and has no place in a scientific discussion.

The list includes Robert Jastrow, none other than the Founding Director of NASA’s Goddard Institute for Space Studies.

“The scientific facts indicate that all the temperature changes observed in the last 100 years were largely natural changes and were not caused by carbon dioxide produced in human activities.” – Robert Jastrow

Frederick Seitz: Pioneer in the field of solid-state physics and President Emeritus of the National Academy of Sciences.

The mass collection of awards, sought-after titles, and decades of experience at the highest levels of physics tells us that those who pretend that there is nothing to discuss are either faking it or witless.

That we’ve sadly lost four of these remarkable brains in recent years changes nothing. The term “denier” was in use while all of them were alive, and any collection of eminent achievers with long service and recognition is hardly going to include fresh graduates. Given the name-calling and political spite involved, it’s also unlikely that eminent achievers who are still in the rat race (and applying for grants and memberships) will feel enthused about speaking out.

There are of course thousands more names on the Global Warming Petition Project.

The team at popular technology have been assembling a list of scientific papers for a long time too. It’s now up to 750peer reviewed papers. I keep hoping to get time to do a proper post on it. For the moment, I’ll just note that’s it’s a very useful resource. Thanks to the pop tech team.

PS: Before there are any predictable critical comments about the Petition Project let’s remember that it was done by volunteers and done twice which is an extraordinary indication of the grassroots movement out there. It says something about the petition and the name-callers, that critics are still attacking the first round (known as the Oregon Petition) .