What do you do in your spare time — translate scientific and socio-political texts on atmospheric physics? 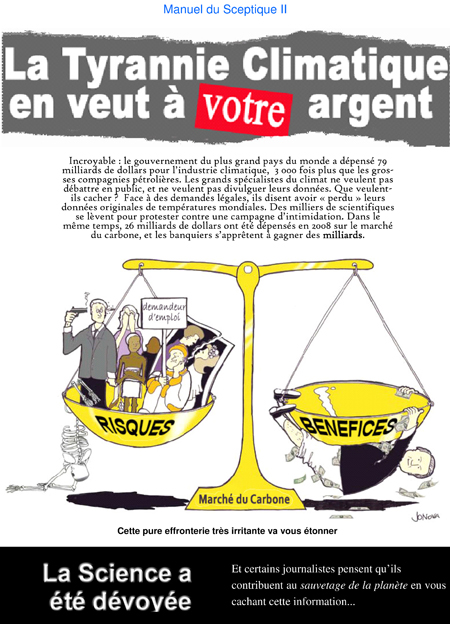 There are those who are bridges between populations, who fight to spread information — the antidote to darkness.

A big thank you again to Pierre Allemand for his professionalism, dedication and skill in translating the text and artwork. The place to go for French-speakers is to skyfal.free.fr

The Franco roots of English are on display: the Tyrannie, the Risques, the Marche du Carbone!

When the Normans conquered England in 1066 they bought French words. English became a quixotic meld of common Germanic words and polysyllabic French ones. (The farm animals were German, but the meat — the beef, poultry, and pork — was from France.)

The first Skeptics Handbook is also available in French.

(More curious, albeit, off-topic information on Etymology is here.